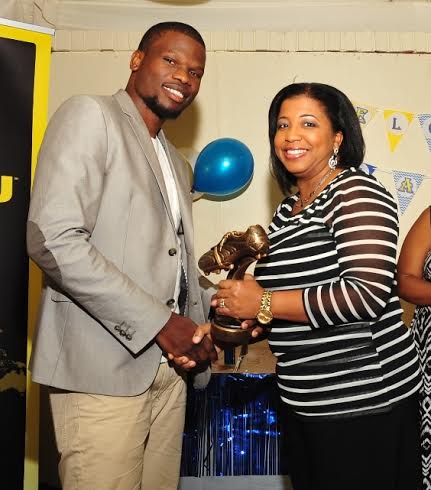 The longstanding commitment of the Jamaica National Building Society (JNBS) to community development through sports extends beyond its local borders, as for the past decade the JN Florida Representative Office has been a major supporter of the Caribbean Americas Soccer Association (CASA) which is based in the state of Florida, United States of America (USA).

The non-profit organisation, CASA, is dedicated to player development and promoting soccer for young people in Florida, the Caribbean and Latin American countries; and, is a member of the United Sates Soccer Association and Florida State Soccer Association.

Janice McIntosh, JN Chief Representative Officer, says the affiliation is key as, “The league has more than 400 players, comprised predominantly of persons of Jamaican and other English-speaking Caribbean descent; and, slightly over 3,000 spectators, who are predominantly Jamaicans and persons from other English speaking and French Caribbean countries.”

“Our support of CASA fits directly into our own remit of maintaining a link between persons in the Jamaican Diaspora and our homeland, through visible engagement and the provision of information about the country; as well as, our products and services,” she said.

Richard Campbell, President of CASA, says his organisation has a long history of supporting various national teams from Jamaica, through a partnership with the Jamaica Football Federation (JFF).

“Since 2005, we have hosted the Jamaica National U-20 team on several occasions; and, most recently, the Jamaica National U-17 team. We have also provided financial support, training facilities and competitive games,” Mr Campbell explained, noting that CASA has also organised and hosted a Youth Soccer Classic, which provided playing opportunities for Jamaica’s U-19 team.”

The president acknowledged that Jamaica National will continue to benefit from its partnership with the organisation as soccer is considered one of the fastest growing sports in the United States of America; and Florida, “having an average attendance of more than 60,000 fans at internal and major league soccer games in South Florida alone.”

Mrs McIntosh attests to the fact that CASA has been an important vehicle through which Jamaica National has been able to maintain a consistent presence among Jamaicans in Florida, some of whom we would not normally make direct contact with.

“Football is a very popular sport among Jamaicans; and has been an important community-building activity, especially through the activities organised by CASA. And, therefore, our involvement has definitely allowed us to maintain a level of relevance with our members all across South Florida,” the Chief Representative Officer emphasised.

With ten years of actively exposing soccer talent in South Florida under its belt, CASA will be seeking to build on its progress with a stronger focus on leadership and education.

Mr Campbell said CASA hoped to achieve some of these goals during the next five years by “providing scholarships with a greater focus on youth development and building on relationships with other countries, such as Canada as well as other Caribbean and Latin American nations.”

The Association will also seeks to improve its leadership by doubling the number of certified coaches and referees participating in league games.

Already the Association has provided more than US$35,000 in scholarships for students leaving high school and entering college.