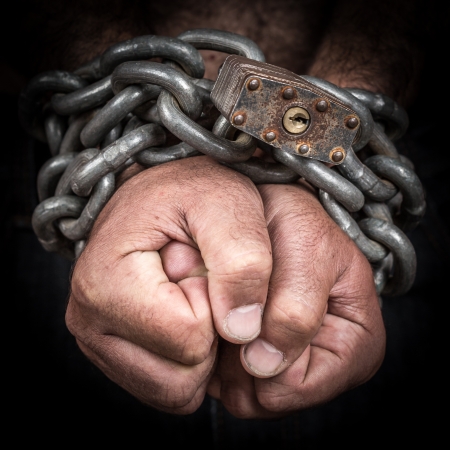 Jubilee… Jubilee… Is Emancipation Day …August 1st is the Anniversary of the Emancipation Day in 1838 for the former enslaved African peoples in the Brutish I mean British Empire. A Freudian slip. This year is ever special being declared the UN International Year for Peoples of African Descent.  It is ten years since the UN World Conference Against Racism, where Jamaica and Barbados campaigned to have the transatlantic Slave trade in Africans declared a crime against humanity.  Alas! It was not to be.  Then, like now, whereas this issue has been at the forefront of the minds of the Black intelligentsia across Latin America – from Argentina to Brazil and Colombia and Honduras, where millions of peoples of African descent have been silenced by a status quo that renders them invisible– in the Caribbean, the issue of how our ‘Africanity’  has defined and pre-scribed our reality seems to be off the table.  The lack of attention paid to the UN year in the Caribbean is bewildering, or maybe not. Perhaps I should not be surprised, given our seemingly insatiable appetite for all things Euro-American… starting from the over-reliance on weaves and blonded tresses, to light colored contact lenses, through to the truly ungodly practice of skin-bleaching.  Perhaps, we in the Caribbean also believe we are in a post racial society.  Afterall, America now has a Black president, so whatever woes and worries we face have little or naught to do with race.   Maybe in 21st century Jamaica, we have arrived at a place where concerns about the nature of our being as a largely African-descendant post-slavery society, and the impact of that trauma on our collective psyche is no longer necessary.  Jamaica as myth conjures muscle and magic – giving life to the adage –‘we lickle but we tallawah’.  On Emancipation Day 2011, 163 years after our ancestors danced in the plantations singing ‘ Jubilee, Jubilee.. Queen Victoria set we free’  it would seem that emancipation still coming.  Mental chains still bind us in a dance of the macabre… one step forward, three steps backward.  Why else would we – the country that gave the world Marcus Garvey and the theology of an African Christ by way of Rastafari — still be lacking in the self-confidence that Garvey preached about with such passion?

Aunty Girlie say that she remember the days long before Black became beautiful, when Black people could not get front office jobs in the banks and hotel front desks, unless you could pass the brown paper bag test.  Emancipation Day fed our aspirations for political independence.  The memory of our maroon heritage fuelled our call to action.   The Jamaican diaspora in New York had bold visions and aspirations which gave birth in the 1930s to the Jamaica Progressive League, which carried the mantle of independence movement.  When we gained independence in the sixties, emancipation and slavery seemed to lose its relevance to ourselves as nations. Aunty Girlie say that Jamaica of the sixties was riding the wave of the civil rights movement in the US, where the children and grandchildren of the Jamaicans and other West Indians who had nurtured Africanity in the Harlem renaissance were riding the freedom rides from North to South and fighting for the emancipation of our hearts and minds from mental slavery.  Emancipation came in the form of popular fashion.  Afros and naturals were the rage of youth rebellion, black became beautiful and our Africanity was personalized in the clothes we wore – dashikis and turbans.

Cousin Boysie say that emancipation is not as simple as a decree for the fact that we free from slavery in terms of physical chains.  And neither is independence.  Yes we now have our own flag and heroes and national emblems, but people think that freedom is free.  They don’t seem to understand that the price of freedom is eternal vigilance.  They don’t understand that is we in charge of weself.  We still looking to the Queen.  He say that most people don’t understand what slavery did to the Black man conscience and consciousness — not just in the Americas, but in Africa.  That is why he think that Emancipation Day should be about education not events.  Because it seems as if the only freedom we seem to be enjoying in Jamaica is the freedom to be every and anything including acting as fools and savages.  Is one of the few times that Aunty Girlie and Cousin Boysie agree on anything.

Aunty, we know that Jamaica at 49 is more than the sum of the violent crimes and other brutish tales we see discussed around the global fireside, otherwise known as the internet.  We know that there is the Jamaica of Marcus Garvey and Monty Alexander and Merlyn Ottey.  We Jamaicans who form part of the 2.5 million or so they say cyber Jamaicans who live outside the rock, know that on the rock there are at least 2.5 million hard working mothers and fathers and uncles and aunts who are farmers and teachers and nurses and bus drivers and higglers and engineers and doctors and lawyers.  And we know the classrooms are filled with talent and hope, hundreds of thousands of future stars that are rightful heirs to the kingdom that was born on August 1st, 1838 — the kingdom born from the sacrifices of Brother Sam Sharpe and hundreds of other saints, who fought and died in the three hundred year scrabble for our freedom.  What we don’t know is how to deal with the tens – Yes the TENS-  that are terrorizing the thousands.  Our emancipation is at risk not only from the seeming triumph of self-hate but from the tyranny of greed and avarice being nurtured in the gardens of the narco-traffickers.  As the old song goes “Sammy plant piece of corn down a gully, and it bear till it kill poor Sammy”.   We must root out the bad corn.

In three days, on August 6th we begin the 366 day journey of anniversary of our fifty-fourth year of independence.  In the meantime, there is still hope that sometime before the end of this UN International Year of People of African Descent, Jamaica will have a conversation on the lingering legacy of the trauma of slavery that keeps us from seeing the vision our foremothers and fathers had, for who we were to become.  The attention to the healing of these collective wounds should be the primary reason for the commemoration of Emancipation Day.  Development can only happen when we are confident of our identity, and thus secure in our empowerment.  Our Jubilee in 1838 was not the prerogative of Queen Victoria then, nor will it be the prerogative of Barack Obama, Ju Hintao nor the IMF. Jubilee – our full freedom will come when we embrace all of who we are including our Africanity.  We must embrace our painful slave past if we are to create our desired future.  In the meantime… ‘emancipation still coming’…