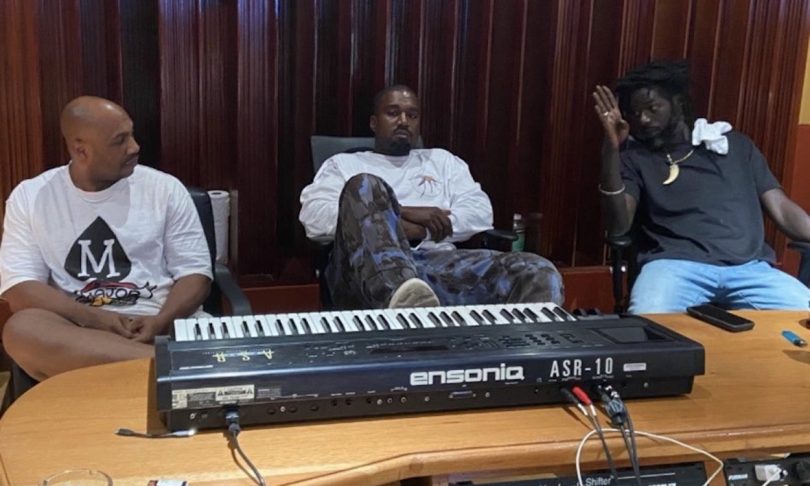 The American rap artist Kanye West visited Jamaica and linked up with veteran reggae and dancehall star Buju Banton at his Gargamel recording studio on September 18, 2020. West, a Grammy award winner, posted a photo of himself and Banton having a conversation in a studio with Kareem “Biggs” Burke looking on. He captioned the photo “Greatness in the making.” Another photo from the same studio visit was posted by the Brooklyn-based rapper of Guyanese descent Saint Jhn, who is known for songs like “Brown Skin Girl” recorded with Beyonce. Observers believe statement could indicate that new music will result from the rapper’s surprise visit to the Caribbean island. Some sources noted that West had also been seen at the Plantation Smoke House in Richmond, St. Ann.

Prior to his visit to Jamaica, West had been criticizing the music industry and saying that he would not release any new music until he was allowed out of his current recording contracts with Sony and Universal. As a protest, West, who has publicly spoken about living with bipolar disorder, posted a video of a person urinating on one of his 21 Grammys and then shared hundreds of pages from the confidential recording contracts. His acts of protest reflected an attempt to make his case in a battle over the ownership of his master recordings. West said he needed “every lawyer in the world to look at these” on Twitter and also referred to both the NBA and the music industry as “modern-day slave ships” in an earlier tweet. West’s tweetstorm prompted Twitter to ban him for 12 hours after personal information about two journalists were revealed during his posting.

West last appeared in Jamaica on October 18, 2019, at Emancipation Park in Kingston where he held a Sunday Service concert supported by a choir of some 120 people. He is currently a candidate for the presidency of the United States.