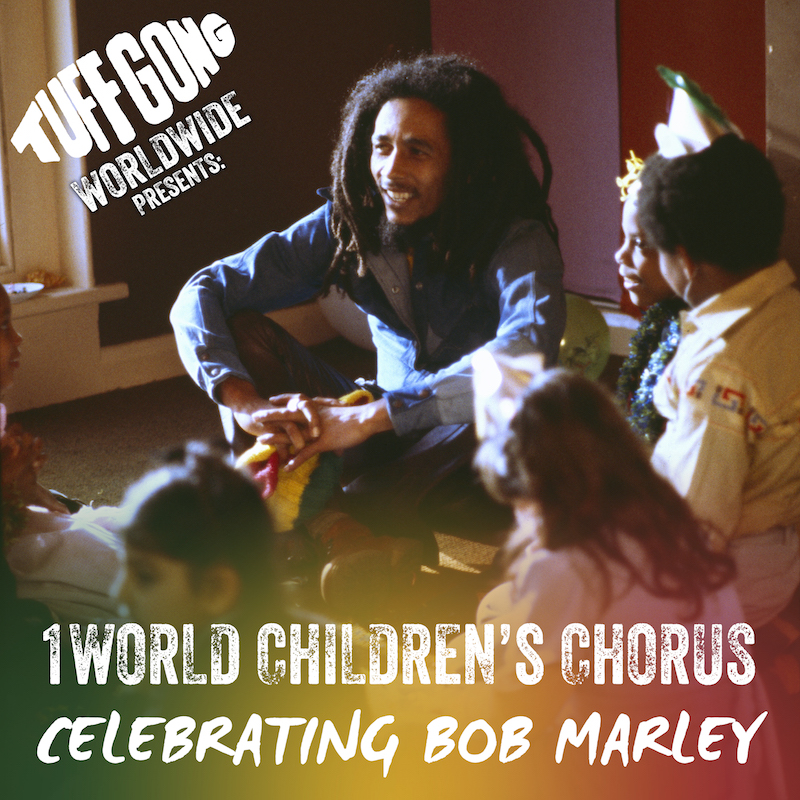 In celebration of the 70th anniversary of the birth of Robert Nesta “Bob” Marley, his son, David Ziggy recently released a tribute collaboration that personifies the ideals his legendary father defined. The Tuff Gong Worldwide label collection was recorded in partnership with 1World Chorus. Performed and recorded exclusively by children from around the world – Kenya, Africa, Columbia and Jamaica, ranging in ages from 8 to seventeen, the multi-Grammy, reggae music winner selected some of the most appropriate tracks to honor the milestone anniversary. Label insiders claim that the aim was to “promote peace, team-building, creativity and unity,” using the genre that best expresses all of those tenets.

The 10-song compilation include: “Wake Up & Live,” “One Love,” “Smile Jamaica,” “Three Little Birds,” “Jammin,” “No Woman No Cry,” “lively Up Yourself,” “Is This Love,” “Redemption Song,” and “Bend Down Low” which features Judah Marley.

Don’t be surprised if the 1World Chorus yields another Grammy for Bob Marley’s eldest son. Look for the shoo-in for a 2015 nomination in the Best Children’s album recording category.