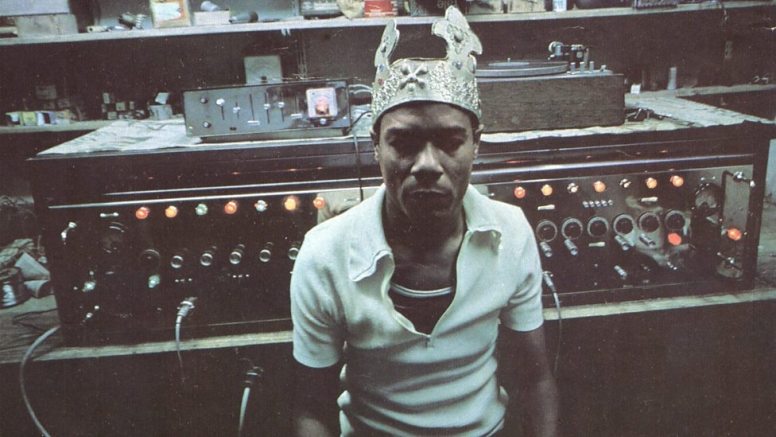 On January 28, 1941, Osbourne “King Tubby” Ruddock, legendary sound engineer, producer and a major influence on the development of the Dub style of music in the 1960s and 1970s, was born. In Kingston, Jamaica. He is credited with inventing the idea of the remix that later characterized the production of electronic music.

With King Tubby, the creative role of the mixing engineer was elevated to the level enjoyed by composers and musicians. His influence is felt across many music genres., and according to singer Mikey Dread, King Tubby understood sound scientifically, knowing how the circuits worked, and what electronics did.

His introduction to the music industry came in the 1950s with the popular Jamaican sound systems found throughout Kingston. As the sound systems developed into successful businesses, King Tubby became increasingly popular He was the owner of an electronic repair shop that fixed televisions and radios, and here he built big amplifiers for the local sound systems. He built his own radio transmitter in 1961 and 1862 and operated a pirate radio station that played R&B, but he ultimately shut it down when he heard police were looking for its operators. He then formed his own sound system, Hometown Hi-Fi, in 1968, which was a business success and a favorite with fans because of its high-quality sound. He began working with producer Duke Reid at Treasure Isle Studios in 1968/ The studio was one of Jamaica’s first independent production operations. It was a major producer of ska, rocksteady, and reggae records.

Prior to dub, Jamaican 45s featured instrumental versions of the main song on the flip side. This was called “the version.” When King Tubby worked on productions of versions of song faders on Reid’s mixing deck, he discovered that the different instrumental tracks could be emphasized, reworked, and accentuated through settings on the mixer. With this discovery, Tubby began to create completely new pieces of music by changing the emphasis of the instruments, adding and eliminating sounds and special effects. IN 1971, he opened his own studio in Waterhouse using a four-track mixer he bought from Byron Lee’s Dynamic studio. The work he did in the 1970s made King Tubby one of the best-known music names in Jamaica. He created his own music by “playing” the mixing desk like a musical instrument, using various effects and bringing the vocals and instrumental parts in and out of the mix. His method used existing tapes and “dub” the originals after passing them through his 12-channel customized MCI mixing desk, changing the songs into something unexpected.

King Tubby remixed songs for top Jamaican producers including Lee Perry, Bunny Lee, Augustus Pablo and Vivian and which featured artists such as Johnny Clarke, Cornell Campbell, Linval Thompson, Horace Andy, Big Joe, Delroy Wilson, Jah Stitch and others’ He released several albums of his dub mixes, with the earliest, ad Perry-produced Blackboard Jungle and Bunny Lee’s Dub from the Roots. Some of the most famous and popular dubs included “Baby I Love You So” that featured Bob Marley’s drummer Carlton Barrett playing a traditional one drop rhythm.

By the late 1970s, King Tubby had basically retired from music, but still mixed dubs occasionally and teaching the new generation of artists, such as King Jammy.

King Tubby was shot and killed in February 1989, outside his home in Duhaney Park, Kingston,