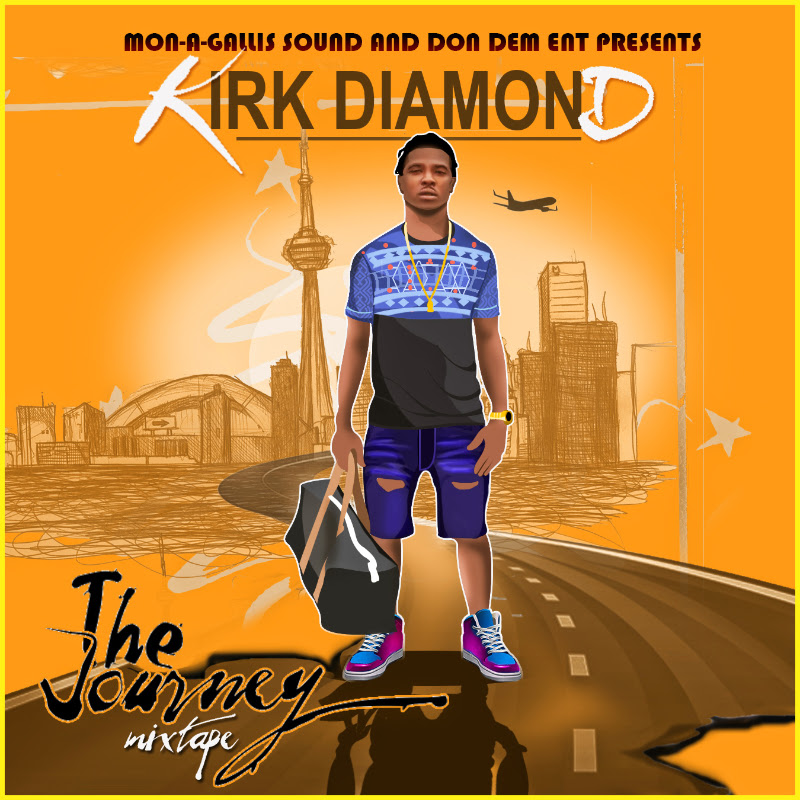 Received to rave reviews, “The Journey” produced by Don Dem and Monagallis Sound features music productions from such notables producers as DreDay, Smokeshop, Majah Label Music Group, Diztortion and Galang Records with all tracks written by Kirk himself. “I wanted my audience to get an understanding of who Kirk Diamond is as an artist and what I’m capable of doing.” stated Kirk.

In an unrivaled move, “The Journey” mixtape will be supported by a video for each single, the first one to be released his “Feeling Myself” Freestyle featuring Juno Award nominee Bob Da Builda.

“Basically the original song has Nicki Minaj and Beyonce, they are the best at what they do, and Bob and I have been recognized and are considered 2 of what the best at remixes here in Canada. So as we often do, we were in the car freestyling on instrumentals, this one came up, we did a quick video that our fans loved, so we redid it, and Mookey Media edited it. It’s all about the vibe” explained Kirk Diamond.