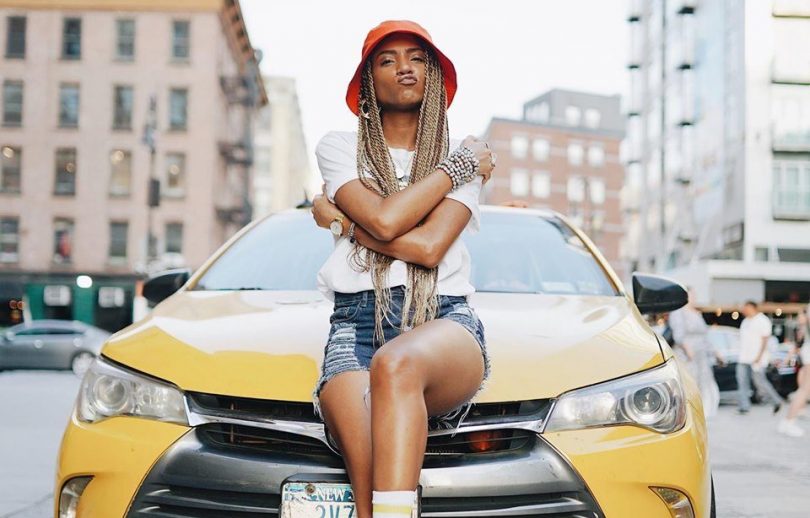 Naomi Cowan is an international singer and songwriter who has performed in Jamaica, Trinidad, New York, Toronto, and Miami. She was raised by reggae music producer, songwriter, and former road manager for Bob Marley, Tommy Cowan and reggae artist Dr. Carlene Davis-Cowan, OD. In 2019, her hit “Paradise Plum” brought her to the top of reggae charts and Naomi was awarded Breakthrough Reggae Artist of 2018. Her other achievements include the 2019 Brand Ambassador for the Bob Marley Foundation, opening for Grammy-award winning R&B artist Estelle, gracing the cover of Buzzz Magazine’s April issue, performing on the 2018 Reggae Sumfest, and collaborating with UK-based Fashion brand Coconautical on a Topshop promotion. As a former Miss Teen Jamaica, Naomi works to empower high school girls in Toronto and Jamaica as a speaker on the We Inspire Girls to be Strong Women tour, an island-wide initiative endorsed by the Ministry of Education.

1. Tell us about your background. How did you get started in the entertainment industry?
Really hard to say when I got started in entertainment because I feel like I was born into it and I’ve been on the road and in-studio with my mom ever since I can remember. However, I would say – perhaps when I started doing commercial & TV modelling was when I started to actually ‘work’ in the industry for myself… and earn money.

2. Also, tell us about the Jump from Miss Teen Jamaica to modeling to singing.
Wouldn’t call it a jump, just a transition. I consider myself a ‘multi-potentialite’ (Google it.  Lol.) and I’ve found that it’s most fulfilling for me to spend my life exercising all of my gifts and talents – ensuring that I give each one an opportunity to shine, also deep down knowing that there are a few primary gifts that will be used the most… my journey has brought me to being a full-time artist and singer and I couldn’t be happier.

So funny, every time I wear my hair out in an Afro – people ask me if I’m a model… then when I crack jokes, others ask me if I’m an actress and then, of course, there are those who know that I’m a singer because of the rasp in my voice… the way I see it I’m a voice… and I like it that way.

3. How would you describe your sound?
Sweet and fresh. 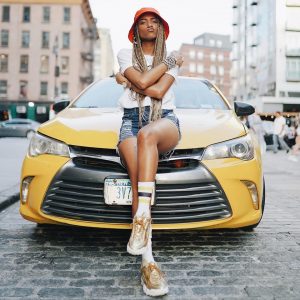 4. Tell us about your song “Paradise Plum”? Did you write the song? What was your inspiration to write the song?
Paradise Plum describes an organic connection between two people. I call it when you’ve got that ‘click’ with someone – without trying too hard (hence the line ‘You never put up a fight no’).

It was inspired by a yute I met overseas a few years ago, we never ended up properly dating or anything, but I felt so inspired by our connection. It was very easy for us to be around each other, we never had to do much small talk – we could just chill… and it was so refreshing. I thought about him for a few months. Lol… Very rare to come across those kinds of connections.

I then co-wrote the song with Sarah Couch, a member of the DejaVilla band, produced by Teflon Zincfence.

5. What is the best compliment you have gotten about the “Paradise Plum” song?
That it’s stuck in people’s heads and they can’t stop singing it.

6. You have a few singles out there. When can we expect your album to be released?
Look out for an EP in March 2020! My new single comes out November 2019.

7. Do you remember the first time you ever got on a stage to perform? Where was it and what did it feel like?
Hmm… my earliest memory wasn’t the most positive one to be honest. I remember being about 5 or 6 singing at a school concert. I was singing ‘Lord I Lift Your Name on High’ – and I couldn’t hit the high notes in the part that says ‘you came from heaven to earth to show the way’… and my brother was laughing at me. I felt really bad! Lol. However, I’ve seen videos of my mom performing with me in her belly, so it’s all good – I touch di stage from long time.

8. What projects are you working on right now?
Narrowing down the songs to be added to my EP – I’m constantly recording… Always looking for more music, new sounds, new vibes. I’m also going to be travelling the Caribbean for all of September as an on-air host for a major broadcaster here in the UK. Looking forward to that.

9. If you were stuck on a deserted island and given the choice of 5 songs to put on your music player which artists would it be?
That is really not a fair question! so I’m going to give you 6…

10. My favorite guilty pleasure is?
I don’t feel guilt! Hahaha. I honestly don’t know if I have a guilty pleasure. Anytime I do something that I genuinely enjoy – I just do it and feel NO WAYS about it. Hahaha… life’s too short to worry about feeling guilt or regret.

11. Growing up my hero was…
Alicia Keys

12. The book, movie or song that changed your life?
I haven’t read, watched or listened to it yet.

13. I feel happiest for the day when I…
Spend the morning stretching, praying and drink a really great cup of coffee; not cheap instant weak kinda ting… proper coffee. I LOVE COFFEE. Let me repeat. I LOVE GOOD COFFEE.

14. A song I can hear a billion times and never get sick of…
Once again, not a fair question! I love music too much. There are so many songs like that in my head.

15. A movie I can watch a thousand times and never get sick of…
Ace Ventura Pet Detective: When Nature Calls