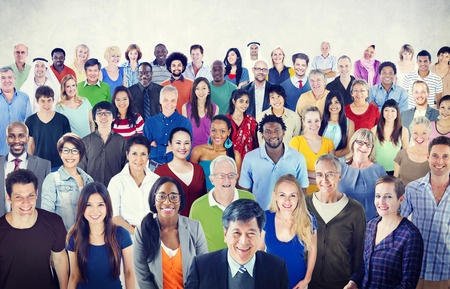 First generation immigrants from the Caribbean often keep amongst ourselves. Especially if we didn’t go to school here. We go to Jamaican Caribbean churches, eat at Caribbean restaurants, vibe out at Caribbean parties. I’ve actively wanted to make friends outside of my community but it hasn’t happened, and others I know have had similar experiences.

It’s a disconnect that our kids don’t seem to have. I don’t have any children of my own, but I see my friends’ kids with caucasian, Indian, Asian and African-American friends, while after living here for 13 years the majority of the people I know are Jamaican.

Is racism the problem? I don’t think so. There’s a generation of us black folks from the US and the Caribbean, especially the older ones who lived through standardized racism, that refuse to think that any white person can be a genuine friend. The younger of us still have mixed emotions, and unfortunately while the youngest of us are much better assimilated, they still have to deal with remnant discrimination.

That said, I don’t know that our lack of integration with other cultures has to do primarily with race. Truth be told, we Caribbeans sometimes don’t have many African-American friends either. I believe our insulation is a cultural issue. We’ll bond with white folks over jerk chicken and a cold Red Stripe beer, or African Americans over the latest dancehall reggae record, but it may be hard to find much else to talk about.

Our resistance to change is about staying within a comfort zone, holding on to the familiar instead of pushing ourselves to do more. We’re doing ourselves a disservice because contrary to the notion that understanding and accepting “other” is equivalent to selling out, we actually grow more as good and empathetic neighbors when we understand more and different things than we did before.

So I challenge us, including myself, to step out of our comfort zone. Let’s make some new friends who don’t look or sound like us, then let’s set about this business of opening our minds, and then changing the world.