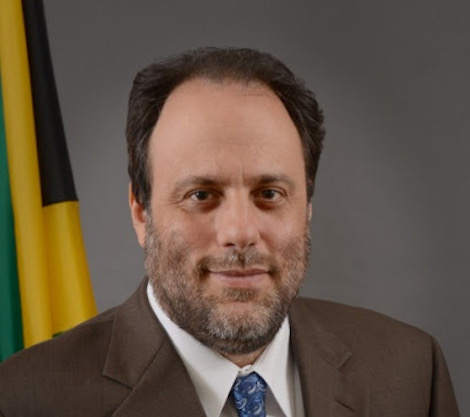 The People’s National Party (PNP) in Jamaica has a new president as Mark Golding has been elected by the parties delegates. The delegates gave Mark Golding 1740 votes and Lisa Hanna received 1444 votes.

“Comrades, Delegates, Friends thank you for your vote and your confidence in me. Tomorrow we start the rebuilding of a unified, stronger, and purposeful Peoples National Party! I couldn’t have done this without you and I don’t plan to move forward without you either! #GoWithGolding” said Mark Golding on Twitter.

Mark Golding is a leading Jamaican attorney, investment banker, and politician. He graduated from Oxford University with a first-class Honours in Law and received a Commonwealth Scholarship to the University of London for a Masters’ Degree in Commercial and Corporate Law. Mark was admitted to the bar in 1990 and joined the prestigious Hart Muirhead Fatta Law firm where he continues to work.

Mark was appointed to the Senate of Jamaica in 2007 by Portia Simpson-Miller. His profound legislative capability along with an exceptional understanding of the Jamaican Constitution made him the choice for Jamaica’s Minister of Justice 2012 – 2016. He was also named Chairman of the Legislation Committee of Cabinet. During this four-year term, under his stewardship, one hundred and twenty-one (121) Acts of Parliament were passed including the reformation of the Dangerous Drug Act leading to the Decriminalization of Marijuana in 2015. He has served as the Member of Parliament for South St. Andrew and is the Opposition Spokesperson for Finance and Planning since September 2017.  He also sits on the PNP’s National Executive Council since 2007 and was the party’s treasurer from 2009 – 2012, and 2017-2018. He also served as Chairman of the Public Accounts Committee of the House of Representatives.

Mark is an avid cricket and football fan having played both as a schoolboy. He currently serves as Chairman of the Arnett Gardens Football Club.  He continues to uphold his family’s legacy of advancing the welfare of persons living with disabilities as Chairman of the Mona Rehabilitation Foundation founded by his father, Sir John Golding, Jamaica’s first orthopaedic surgeon, and Lady Patricia Golding, a career public servant and pioneer of the Girl Guide Movement in Jamaica.

In 2020, Mark Golding announced his candidacy for leadership of the People’s National Party.

Mark is married to wife Sandra since 1990 and the couple has three children. Mark enjoyed music while at Oxford University and later co-founded a music label in the late 1990s in Jamaica.