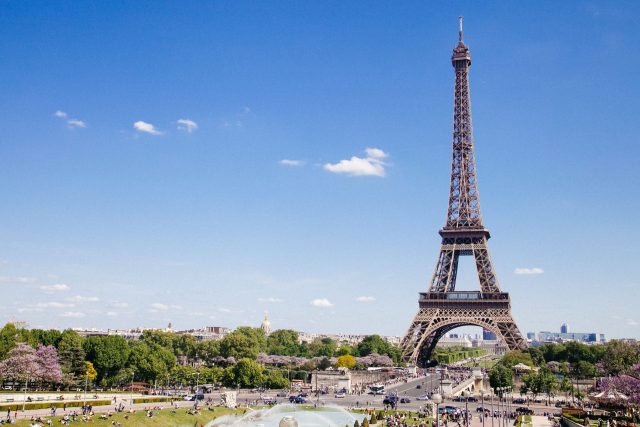 Expecting an extension, I lied about my French homework being on a thumb drive. Instead, my teacher said she’d wait while I printed it. Why are teachers so annoying? Just play along with the lie, gosh man.

Sucks that kids can’t lie about homework being on a USB, in their email, or the printer being out of ink. Them was foolproof tales of yore.

Teachers can’t expect us to recite a book report on the spot. However, a printer and internet browser will blow up your entire spot in five seconds — five minutes with a dial-up connection.

TIL: Simple plans come in two-step systems. Not three. And for sure not eight steps with two janky fail-safes.

If my French were any good, I would have skipped step one, go straight to three; do two, skip four, modify five, laugh at six, do seven, and cha-cha after eight.

But even that is five steps. And with hips stiff like plywood, the only place I should be cha-cha-ing to is the chiropractor.

Was speaking English the way to pass a French oral exam? No, the Devil’s plans seem smart but always have more holes than a lace front wig.

The MSN websites were not identical. Luckily, Lucifer had a new lie ready. “SsSay that there were sSsome students ahead of you.”

“I can’t just say ‘some students are ahead’ of me. Good lies are specific — and stop suggesting ‘sSsix’ because that’s too many.” You think Satan would be more successful if humans were less stupid?

Dial-up internet was so slow it was probably quicker to pay a Haitian student a week’s worth of Busta sodas to write a fake article on the fly.

Simple Plan® take three. Find an English article about Britney Spears. Dump it into FreeTranslation.com. Then (because we needed to cite our sources) doctor a Word document to include the MSN.fr logo. Rename the source URL to www.MSN.fr/entertainment/Britney-Spares-Étonnant-Nouvelles.fr. (Gotta plug ‘.fr’ twice so she knows it’s real.) Boom. Pass my exam.

My teacher barely looked at my article before declaring, “This is not French.”

“Really? I found it on MSN France’s website. Look, there’s the logo, ‘.fr’ URL and everything.”

Shout out to all the (imaginary) dogs who be eating homework. Y’all are the apocalypse-proof cockroaches of student excuses.

Photo by Anthony DELANOIX on Unsplash