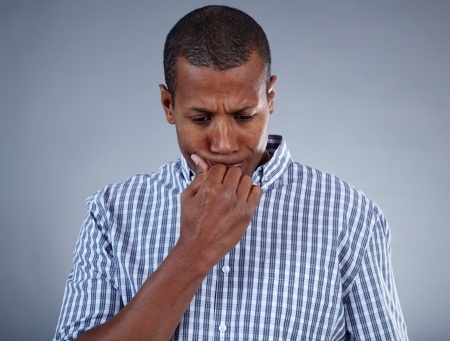 ” Yes” I replied to Rosa’s offer. It rolled off my tongue easily without thinking of the consequence. Let’s do it. Let’s get married.

There was silence on the other end of the line.

“Rosa, are you there”, I asked

Then I heard sniffles. Rosa was crying.

“I am here.” She replied

I did not know what to say next

“What about your girlfriend?”

“I will break up with her but I have to be sure you are serious.” I was not going to go back through another roller coaster ride.

“You have my word.” She assured me she was going to move back and we can live together.

“You don’t have to move back. Just come down and we will go to the courthouse”

I did not want any type of complications. Did not want to get families involved to plan out a wedding. I wanted one thing and that was my green card. Throw planning out the door. I wanted to start the process now.

“You know it would be suspicious if we did not have a formal wedding,” she responded.

She was right. If we did not plan this out right it could backfire. We had to show and ongoing relationship. That including photos. A formal wedding with families would show the government that we were serious.

“You are right”, I replied.

“Let’s plan this right.” She explained that she may not get a job right away and she cannot pick up and just leave. She recommended we carry on like nothing has changed. She would look for a job in south Florida. Once she had a job she would break up with her fiancé and then I can break up with Nicola.

Rosa would then move in with me. She would visit when she can during this time. The only plan that I had to execute was changing the lease on my front room renter from 6 to 3 months.

It was devious but a good plan.

Rosa would need the front room for some of the items she would be moving in. It was occupied. I had rented it a to William who used to live in Atlanta and had relocated to South Florida. William was engaged to my distance cousin Genny. William was having an affair with my friend and realtor John. –

As much as I had liked my new found cousin Genny, I had not told her that that her fiancé was cheating on her with John and was on the “downlow” (gay). I justified not saying anything to her by comparing it to my Rosa situation. Rosa had a fiancé and she was cheating on him with me.
What if someone told Nicola that I was cheating.

John’s wife was a lesbian and it was their special arrangement to get married. The most I would do is mention it to John as he was coming around more frequently and it was obvious that he and William were “good” friends. Maybe he would tell William that I was suspicious. That may have them stop the affair or at least be more discreet about their ‘special’ friendship.

Even Donesha noticed their “friendship” and mentioned it to me.

I had called Donesha to talk about my situation. I needed to talk to someone who had no “skin” in the game. That is when she unloaded on me. I could not get a word in.

She was having issues of her own. Her business marriage was coming to an end but her husband, Craig, did not want a divorce. At first he mentioned that it would damage his image. He needed a wife to keep up family appearance. That was not the only issue. He had fallen in love with her. He was discussing them dating and hoped they would fall in love.

He showered her with gifts and sent roses to her job every Friday.

He sent her a check in the amount she had paid him for the business marriage.

Donesha was having mixed emotions. She did not know what to do. She had the divorce papers ready and had not sent it to him.

She had not dated anyone while they were married. Not even secretly. She never really liked anyone since Rasheed who had since gotten married.

She felt grateful and obligated to Craig for helping her get her green card through marriage.
The gesture of him giving her back the money was the biggest thing she cited as why she was having difficulty with the divorce. She had not cashed the check but every time she saw it she thought of him.

For the rest of that week she would stop by my place every evening to talk to me about the situation.

Over that time, each time she talked about him I noticed she had a gleam in her eye and a smile on her face. He was getting to her. She was falling for him too. She confessed that she never saw him as her husband.

He had grown into a new person since they first got married.

She joked with me about how her grandparents from India had an arranged marriage before they moved to Guyana. She said they seemed happy.

Then she asked me “what should I do?”

I knew this question was coming.

“You have your green card now. You no longer have any limits. I would say choose love.”

All week I thought about my situation and the advice I gave to Donesha.