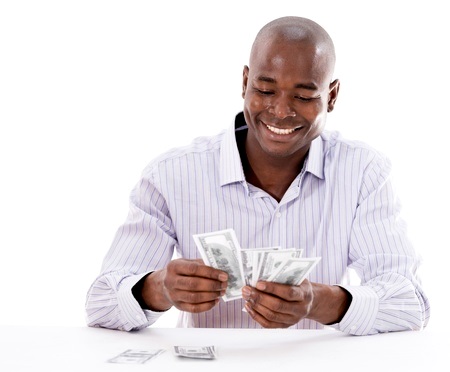 I have to go on living my life. I could not let the drama from being an illegal alien stop me from doing the things I had to do. I had learned that having a routine and keeping busy helped keep my mind off my situation. One of the things I had to take care of was renting the empty room in my townhouse. I was able to sustain the loss of a renter for a while but now it was affecting me financially.

John had brought a few people to see the place. There was a Jamaican lady he  knew and showed her the place. She was from New York and was close to renting the room. It seemed things were taking a while and I gave John the leeway because she was his friend. He also told me what was going on.

She was moving here and had a gotten a verbal job offer in Sunrise. She was waiting on a job confirmation letter from the company before she would quit her job in New York. At the last minute she backed out and stayed in New York vowing never to move to Florida. John felt bad and explained what happened. The company kept telling the lady they would send her the offer but it never came. They eventually told her that her reporting manager had resigned and they were not hiring a new person for the positing. They had her come back in from New York for an interview with some of her future co-workers. After the interview no one called her back. She now hated Florida.

John brought a young man to see the place. He was very nice, “mannersable” and neatly dressed. He was from Atlanta. He was born in America of Jamaican parents. He asked a few questions about the neighborhood. Then he mentioned he sometimes may have his girlfriend come down from Atlanta. He wanted to know if there was a problem with that. I told him “no problem” as long as it did not become a “live in” situation.

Another lady came by to see the place. She was very well spoken and was from Boston. She had been living in the area but the house she was living in was sold. She had quite a few tattoos over Her body. Even though I had mentioned I was seeking a non-smoker in the listing she asked if smoking would be a problem. She was out and the gentleman from Atlanta was in.

It was only a few weeks in but I was happy that William was the renter. He was neat and kept the place clean. If I left a dish anywhere he would pick it up and wash it. The place was always clean. His girlfriend, Genny, was also very nice. She was studying to be a veterinarian. She came for a weekend. I got to know her during that visit and found out something surprising. Her father was my mother’s second cousin through my grandmother’s side. We were distant cousins. As they say “it’s a small world”

I teased William that if he did anything to hurt Genny He would have to answer to me. He hugged her and said she would be fine with him. They were such a cute couple together.

I told my mother about the meeting and she was delighted. She told me she was going to reconnect with the family.

Everything was going well with William until I was leaving the house one night. I saw a car in the parking lot with lights on and someone getting out. I could not make out the car as the lights were on in my direction.

Then I saw that it was William getting out of the car. He was kissing someone through the driver’s side of the car window. The car looked familiar. It was John’s car.

Then it hit me. He was kissing John.

He lied to me and set up his boyfriend to rent my place. I felt betrayed.

It also hit me that my new found cousin Genny was also being betrayed. She did not know her boyfriend was gay.