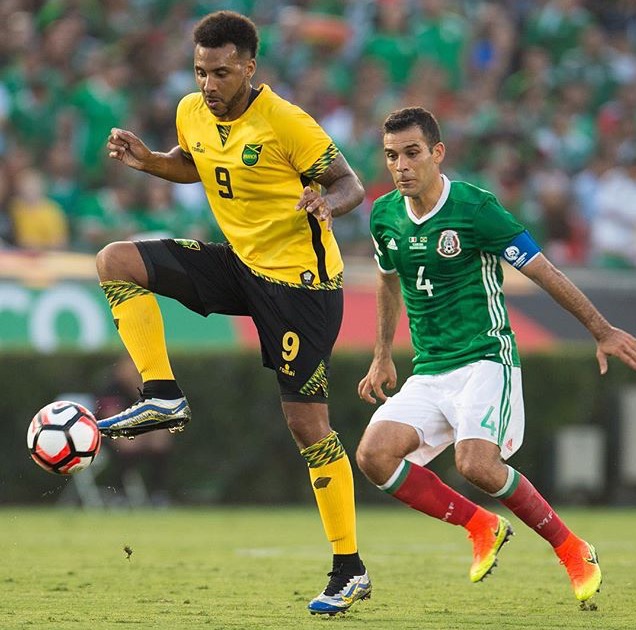 Although Mexico’s defense was not the best, it was enough to defeat Jamaica’s Reggae Boyz easily with a score of 2-0 at the Copa America Centenario. Mexico will now advance to the knockout stage of the competition with one group stage match to spare. The 45th international goal by Chicharito helped to eliminate Jamaica’s team from the tournament. Jamaica began the match well and forced Mexico to play at a slow pace. The Jamaicans seemed dangerous getting forward, but Mexico’s fluid tactical shape allowed them to make a rapid response to Jamaica’s attacks. Mexico appeared frustrated during the first 15 or 20 minutes of the match and was forced to pass, much to the discontent of the crowd. But following scoring action from Jesús Corona and Javier Hernández, Mexico’s fans began to cheer. From then on, Mexico was in control of the game, and while Jamaica had some good moments, Mexico achieved victory. Observers noted several things learned from the match: Mexico’s formation was bad, but it was effective because the team is very good, and Jamaica’s team is much more talented than its performance against Mexico indicated; Jamaica would have punished Mexico for its bad formation, but the team was off its game and went down to defeat.