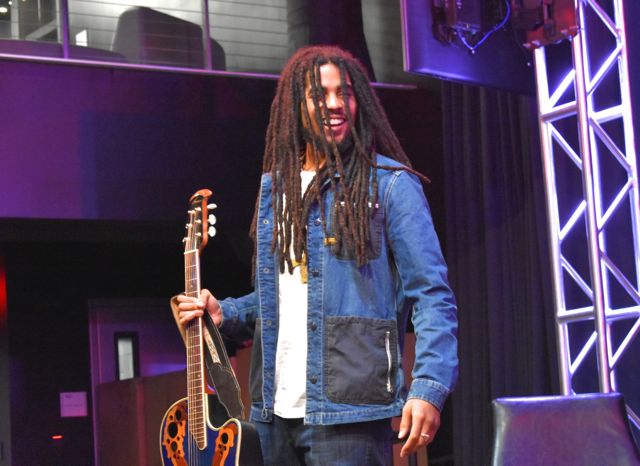 In the run-up to the 2nd Annual Reggae Jam Festival, to take place in Miami on Sunday December 29th, the Official Press Party was held this week at the trendy and artsy Citadel complex in the city’s Little River neighborhood.  In tandem with Miami’s Power96 radio show segment known as, ‘Behind the Music’ at the Citadel’, the media reception for this year’s staging of Reggae Jam was headlined by Skip Marley, the son of Cedella Marley and grandson of Bob and Rita Marley.  And as many should recall, Cedella was the Reggae Girlz soccer team’s Global Ambassador, as well as the key driver behind their run at the Women’s World Cup in France this past summer. 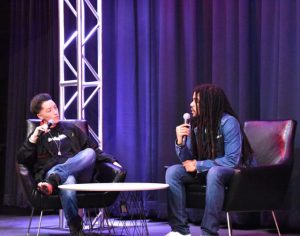 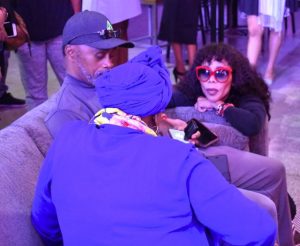 In being a member of the legendary Marley musical family and legacy, Skip not surprisingly grew up around music and often toured with his uncles Ziggy and Stephen.  As a youngster, although Skip played guitar and piano at home, he had never performed as a singer in public until Stephen nudged him onstage, where he sang part of Bob Marley’s ‘One Love’ at the age of 14 in Jacksonville, Florida.  Now 23, Skip has definitely come of age so to speak in respect to his growth and accomplishments as a musician.  For starters, Skip’s collaboration with Katy Perry on her hit song, Chained to the Rhythm, reached the Top 100 chart at Number Four on Billboard.  What’s more, his smooth and romantic new single, titled ‘Slow Down, recorded alongside the two-time 2019 Grammy Award-winning singer, H.E.R., climbed to the the top spot on the Billboard Reggae Digital Song Sales chart, just two weeks after its release. 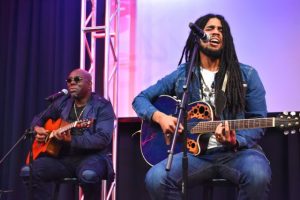 The day long Reggae Jam Festival, titled the ‘Meeting of the Legends’, will be happen from 1 pm to 11 pm at the Ronald L. Book Athletic Stadium in North Miami Beach.  There, Skip will be a special guest artist as part of the legendary reggae group, Inner Circle’s, performance segment.  Inner Circle was behind the famed ‘Badboys’ song, which became the well known anthem and opening theme to the American TV show–Cops.  Other acts on the Reggae Jam 2019 line-up include Steel Pulse (Grammy Award-winning British reggae band Steel Pulse, known for their seminal hits –  ‘Chant a Psalm’ and ‘Rally Round’..the Red Gold, Black & Green).   Against this backdrop, the Reggae Jam Festival is indeed one to look forward to. 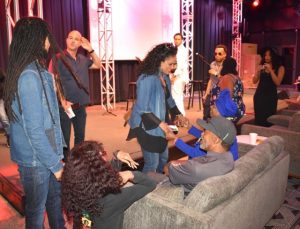 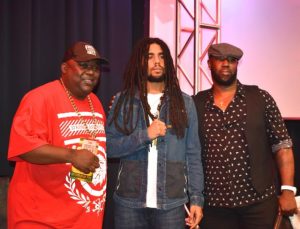 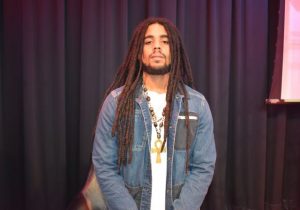