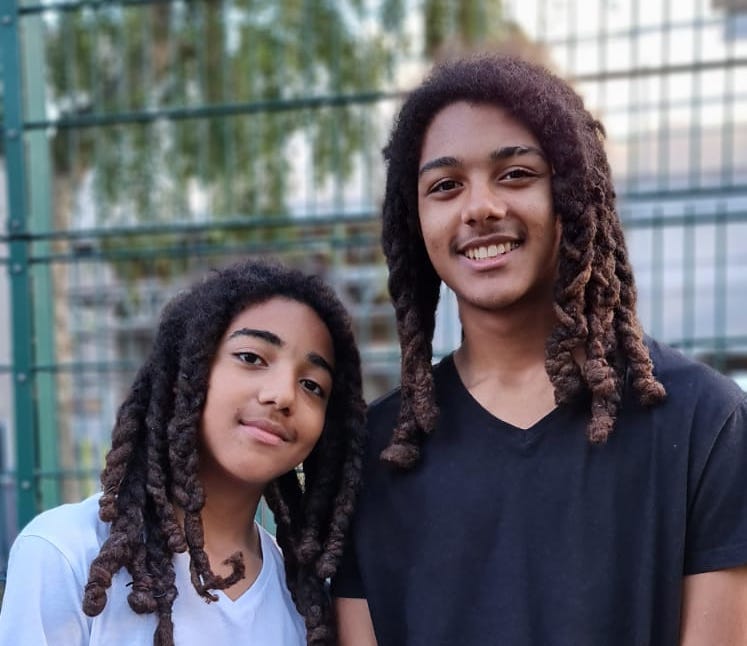 “It’s because of the violence and the crime, and the knife crime in England, and all the youths getting involved in crime thinking it’s gonna get them mega-rich. Also, other countries can listen and understand that they need to stop doing violence as well. You can do other things that’s positive that will make you rich and provide for your family, like a law career, sports, music, acting, anything you’re good at, but not violence,” explained an impassioned Shiloh. 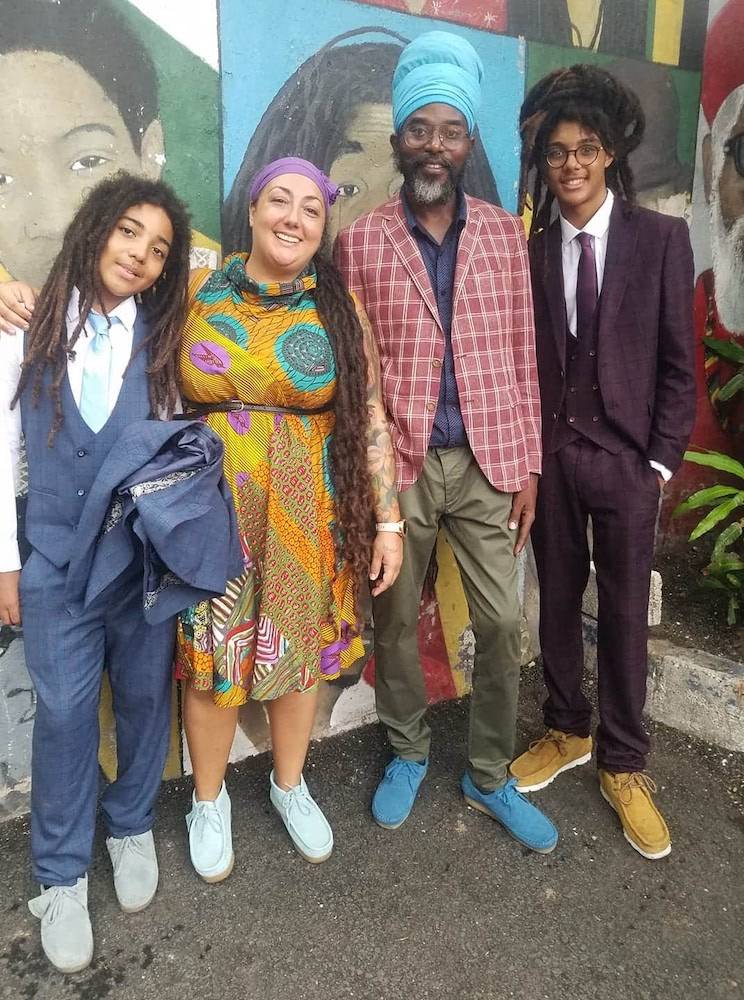 Remarkably mature for their age, the two brothers, Emmanuel (age 14) and Shiloh (12) have been teaching lessons of love, responsibility, and unity through music since the tender age of 4. And with the same vibe as Musical Youth of the 1980s, their sound is being noticed.

Hybrid of Cultures
The boys are a hybrid of cultures. Born in England to a Jamaican Rastafarian father, Dwayne Downie, and Italian Rastafarian mother, Sara Downie, Emmanuel and Shiloh easily embraced a spiritual lifestyle embellished with reggae music.

It seems this union was meant to be. The couple first met in London where the Kingston Tech alum lived. On holiday from Italy, Sara documented her travels through photographs and video before going back home. Seven years later when they formally met, she realised he was in her holiday video. She had always had a curiosity about Rastafari, and it was this interest that helped solidify their relationship. She adopted the religion and lifestyle and today they are Bobo Ashanti Rastafarians, with a love for music that they have passed on to their boys.

“As a Jamaican, music has always been in our home, so the boys were exposed to sounds from in the tummy,” Dwayne remarked. “We moved to Italy for a while so the boys could experience the culture. And while there, I started writing music for an Italian Reggae band. So they were gathering all that experience, seeing a song come from what’s written on paper to something you perform on stage. So, naturally they developed a love for music.” 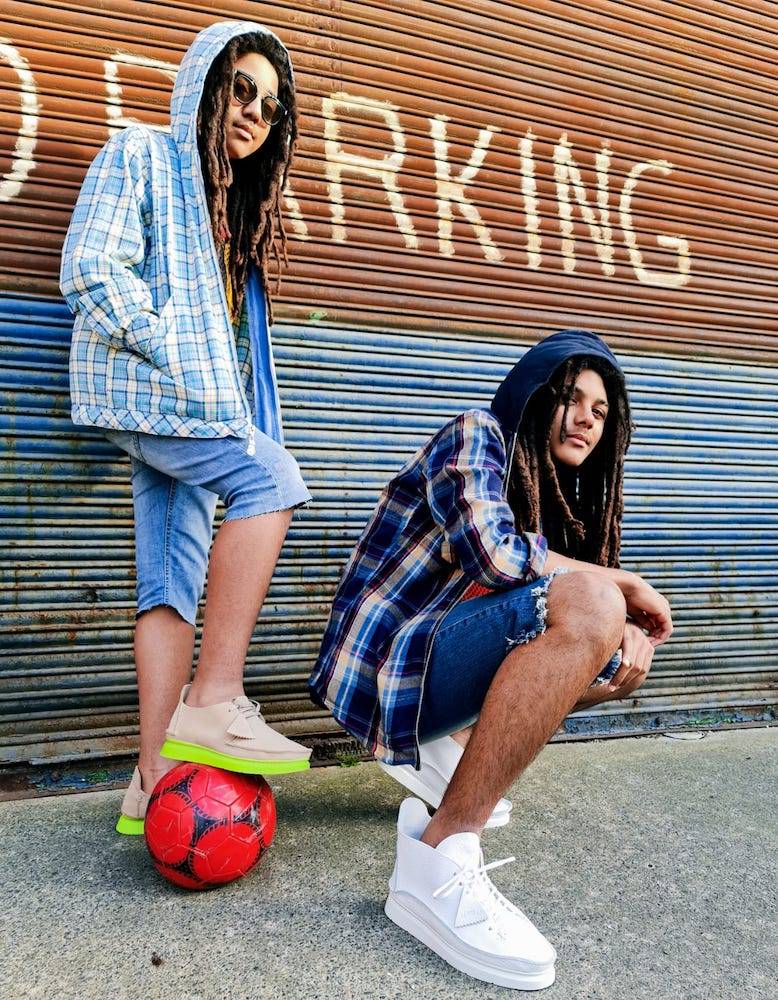 Sara and Dwayne welcomed their boys interest in creating music, but stressed the importance of imbuing their creations with the philosophy and values that shape their lives. Asked about their first memory of creating music, the boys’ enthusiasm was evident.

Passion
“Since I was a little kid, our parents were always listening to reggae music, every day. So, at four I just started writing music. That’s when I wrote ‘Yes Mama Yes Mama’, our first single. And since that time my passion for reggae music just got bigger and bigger,” Shiloh expressed.

Added Emmanuel: “I would have been six and at school while my brother was at home listening to the music playing in the house. Then when I got home we would talk about it, keep adding to it and writing.”

So, where does their inspiration come from, the idea for a song?

Older brother Emmanuel explained: “Sometimes it comes from things that’s happened to us in the past, or is currently happening. For example, one of my songs, ‘Margarita’, was about a girl that was in my class who I liked. Or it would just be about a mood I’m in at the moment, or something I see happening.”

“And also ‘Song for Freedom’ and our new newest single ‘Guns & Knives’, they come from what’s happening around the world. ‘Song for freedom’ is about the environment and climate change,” Shiloh added.

Obviously, Emmanuel and Shiloh are affected and influenced by their environment, world events, and all manner of contemporary music genres. And like most youth, they listen to rap, hip-hop, reggae, dancehall, and the newest music of British youth called drill which mixes rap, grime, reggae.

Outside of music, the brothers, who are doing exceptionally well in secondary school, are also drawn to sports, particularly football, and of course showcasing their youthful energy through gaming as well. 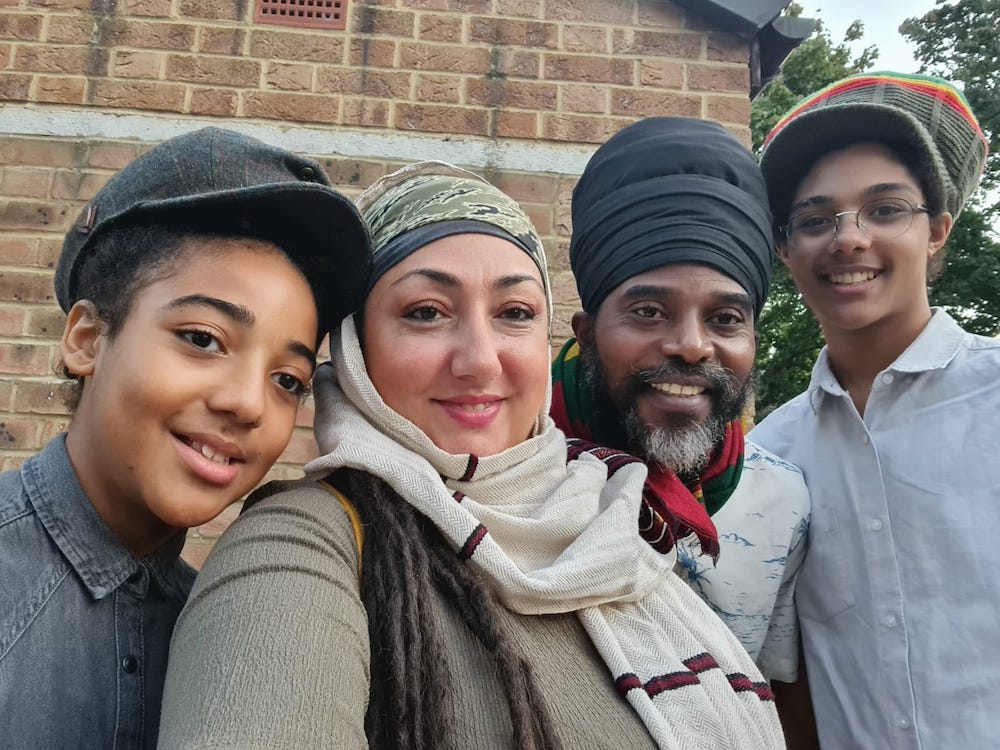 So, what’s next for this duo? As producers through their company, JamItalia Records, Sara and Dwayne have been working on musical collaborations with noted reggae artistes such as Turbulence and Randy Valentine, who is featured on ‘Guns & Knives’. The next project dubbed ‘Chilling with Friends’ will include several of these singers who see the vision, said Dwayne.

“I am proud of our boys. They are true to themselves, and this is what is going to make them special,” expressed Sara. “When people hear them they are shocked because of their approach to old school reggae, even in the way they dress.”

For the boys, they are happy living a life filled with the music they love and any opportunity they get to express themselves. But, it’s also important to remember that they are youngsters. As Shiloh put it: “We are just kids making music and having fun.”