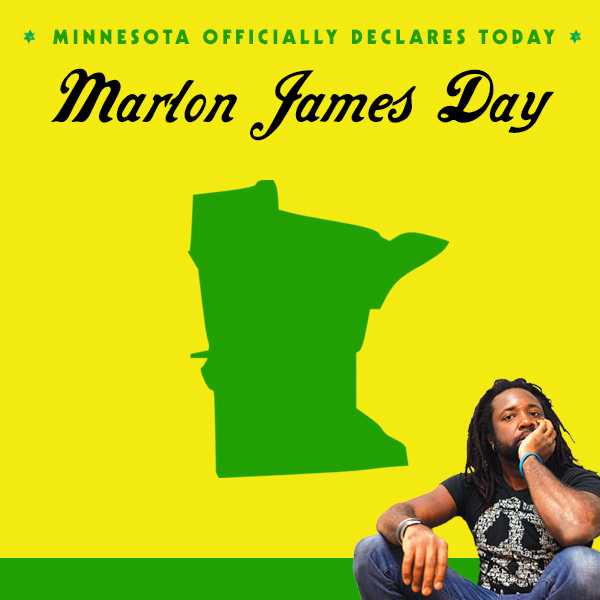 The governor of Minnesota, Mark Dayton, and the mayor of Minneapolis, Betsy Hodges, were on hand at Macalester College to recognize Man Booker Prize winner Marlon James with a celebration marking Marlon James Day. James, a Jamaican-born writer who currently lives in Minneapolis and teaches at Macalester, received the highly regarded literary prize for his novel based on an attempted assassination of reggae legend Bob Marley, “A Brief History of Seven Killings.” The event was attended by faculty, staff and students at Macalester and celebrated with Red Stripe beer and music from a three-piece band. Also present at the event were college president Brian Rosenberg, and Jeff Shotts, the executive editor at Graywolf Press, which published the novel. The Man Booker is just the latest of several awards won by James. These include the American Book Award and the Anisfield-Wolf prize for fiction.