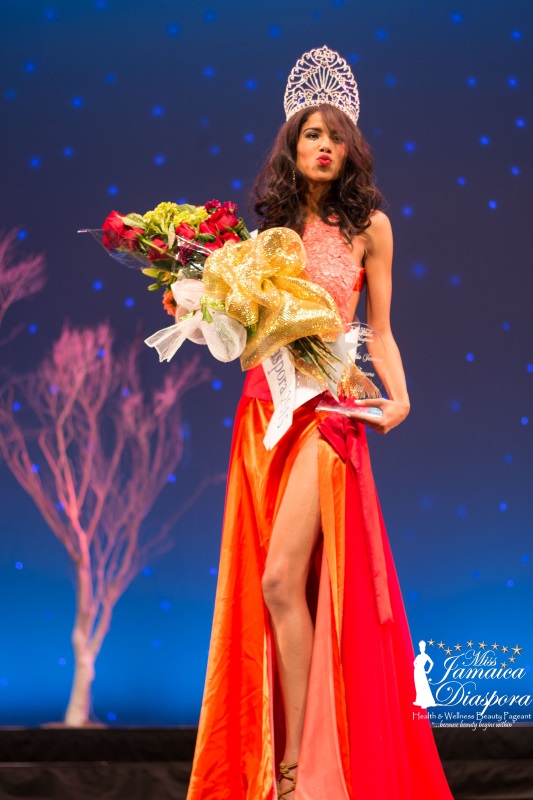 Rohannia Moo Yin is the new queen of the Diaspora. On Sunday June 21, 2015 in front of a live audience the 23 year old was crowned Miss Jamaica Diaspora 2015.

Held at the Miramar Cultural Center in Miramar Florida, the Grand Coronation was a classic affair boasting a cocktail reception and after party that was filled with dignitaries including the Commissioner Howard Berger of the city of Lauderhill, Joy Thomas Executive of Grace Foods and was under the distinguished patronage of the Consulate General of Jamaica-Miami. It was the stage production that had everyone at the edge of their seats, with ten beautiful ladies from all over the US diaspora in fierce competition for the title. The event also featured performances by the ESOR Dance Ensemble, Andrea Cole (Singer) and Blade Martin (singer).

When asked about her win an elated Rohannia responded, “I am truly excited to be apart of this pageant and represent the Diaspora in Jamaica.” “This year’s competition featured a talented group of beautiful young ladies. It was a hard decision choosing a winner, the judges had their hands full. We are pleased with the results and believed that Rohannia will represent the Diaspora well,” said Cheryl Levy-Douglas, Pageant Director and Franchise Holder.