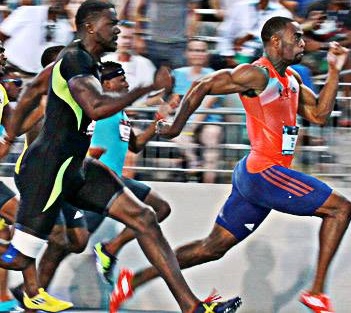 Alysia Montano, United States distance runner, says that a zero-tolerance approach should be taken in regard to athletes who fail drug tests. She said that these individuals should be banned from Olympic competition, and she included her probable teammates Justin Gatlin and Tyson Gay. Montano, 29, who was negatively impacted by the Russian doping scandal, was estimated to have been robbed of four medals by her competitors who failed drug tests later on. She made her remarks to the press at a U.S. Olympic team media event, stating that the team bosses should adopt a zero-tolerance policy toward doping athletes. Montano went on to dismiss the explanations given by Gatlin and Gay for their positive drug results, saying that they are ultimately responsible for what they put in their bodies and should not be able to plead ignorance of banned substances when there is a list of what is and is not permitted.