Mother of Usain Bolt Want Him to Find a Wife Post-Olympics - Jamaicans.com 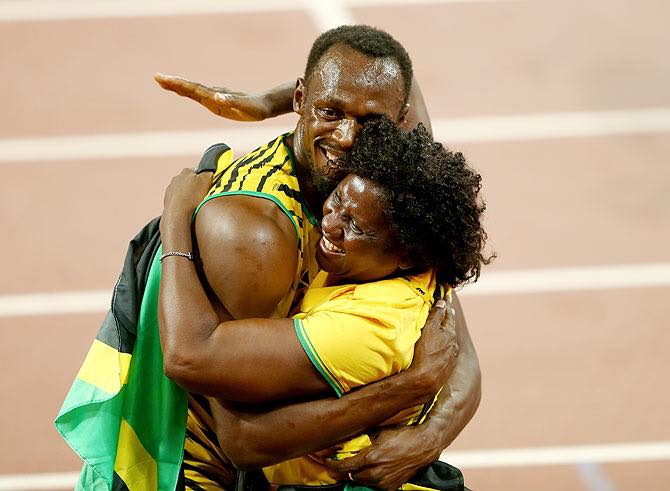 Jamaican champion sprinter, Olympic record medal winner, and world’s fastest man is focused on winning a “triple-triple” at the 2016 Olympics in Rio by winning gold medals in the men’s 100-meter, 200-meter, and 4×100-meter relay for the third time in a row. He won all these events at the Beijing Olympics in 2008 and in London in 2012. However, his mother Jennifer Bolt, who thinks his athletic achievements are great and all, but what she really wants him to do is settle down, get married and have some children. This is what she hopes he will focus on after the Rio Olympics end. She says he has told her he would settle down and start a family, but Bolt himself has said it will not be any time soon. Bolt, who is 29, says he isn’t interested in getting married before he’s 35. Bolt says he does not want to be like other athletes who married young, speaking specifically about Wayne Rooney who plays forward for the UK’s Manchester United football team. According to Bolt, “all the footballers that are English, as soon as they get really famous they have to get married. And I think it’s unfair to them.”
He added that it is hard to stay with one woman as a champion athlete because “girls are literally just throwing themselves at you.” Once you’re famous, he said, there is a lot of “pressure of girls wanting you.” Bolt turns 30 on August 21, 2016, so his mother will have to wait another five years to see him married, if he has his way.