On Friday, September 13th, VP Records celebrated its storied past, present and future with a temporary exhibition of A Reggae Music Journey at the Museum of Chinese in America (MOCA) in New York City. Chronicling its rich 40 year history in reggae and dancehall music, the exhibit, which will be available for the next two weeks, displays VP Records’ rich history from the beginnings in Kingston, Jamaica to the establishment of the company in Jamaica, Queens. 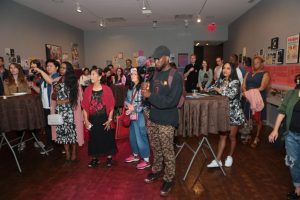 The evening hosted tastemakers, influencers and friends of the label including Reggae pioneer Sharon Gordon, Esteemed Reggae writer Patricia Meschino, American Friends of Jamaica Director Caron Chung and more. The main room featured artwork that showcased the influence of the Chinese diaspora on the music of the Americas. 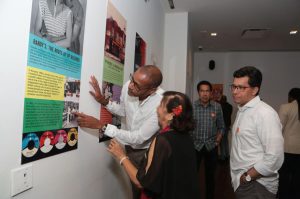 The Chin family and VP Records along with other Chinese Jamaican influencers are featured in the section on reggae music. Patrons then were led into a back room solely dedicated to VP Records and A Reggae Music Journey, Record plaques from Sean Paul and photos of Patricia Chin by the late artist Michael Thompson whom she was very close to. Refreshments included edamame and chicken dumplings, vegetable spring rolls, scallion pancakes and beer and wine. 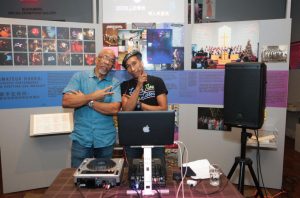 Remarks were made by VP Records Director of Business Development, Richard Lue, VP Records Vice President of Sales and Marketing Aaron Talbert and co-founder Patricia Chin who stated “I am so blessed, I have a lot of friends, I have a lot of good workers, I have a lot of supporters and I encourage anyone who wants to start a business, to start where you are, work hard and have a passion for what you do and it will work out.” DJ Chinee Golden Touch spun records from VP’s catalog of hits as well as music from Kawa, a reggae band out of China. 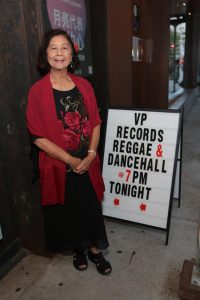 VP Records, based in Jamaica, Queens NY, is a pioneering force in the reggae music industry. From roots & culture to soca and dancehall, VP Records is the only record label that represents the full spectrum of Caribbean music. For the past 25 years, VP has stayed true to the grassroots from whence it came, always serving its core audience first, moving swiftly to keep up with the sounds of the street. At the same time, with the international success of artists like Sean Paul, Wayne Wonder, Elephant Man, and Tanto Metro & Devonte, among others, VP has expanded its leadership in the effort to present Caribbean culture to a mainstream audience as worldwide demand for dancehall reggae rises to new heights. 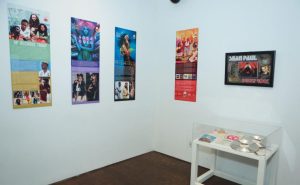 All photos by Ajamu Myrie