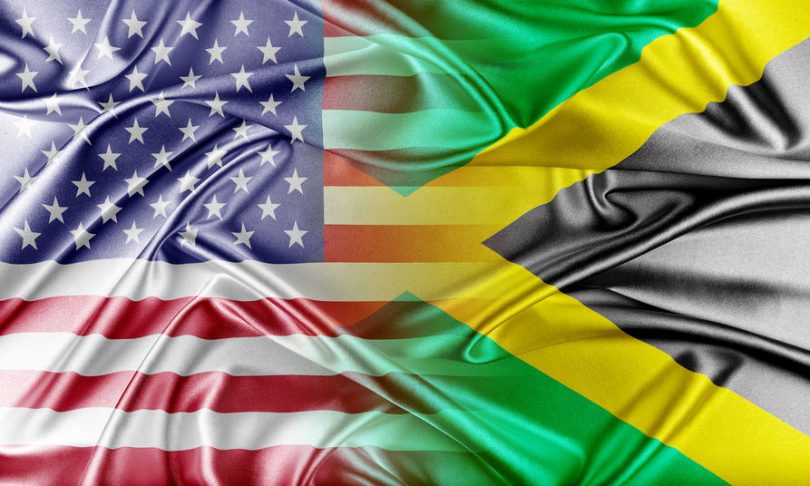 I attended the University of Miami for my final 2 years of Undergrad (98-00) and also for my MBA (01-03) after taking a year off to play football in Jamaica for Real Mona FC. I was a member of OJU – Organization for Jamaican Unity – and CSA – Caribbean Students Association.

The UBS – United Black Students organization – and our CSA has so much friction that we had to hold a forum in the University Centre to publicly address the issues causing the divide between us immigrants and Black Americans (Caribbean ppl come in MANY different shades/“races”).

We were not surprised when the following was expressed as to why the Black Americans had an issue with us Caribbean Students:

Firstly, we are mostly INTERNATIONAL students (I wasn’t) which means that Caribbean immigrants aren’t taking any scholarships away.

We don’t “act White” but we’re raised under a British Colonial system, hence how we speak.

We dress the way we do because we come from a different society where it’s common to see “black” lawyers, CEOs, judges, police, politicians, Prime Ministers, wealthy business people etc.

We dress for success that we have witnessed.

We work hard because that’s how we were raised. If we are at university in the USA then we probably busted our asses to get there from our small island and were top of the class.

We know that being an immigrant, an “other” will be used against us. We know the struggles to come.

Bob Marley and Marcus Garvey are Jamaican but they inspire the entire Caribbean region with their words.

We’ve never lost that history because we are taught it in High School.

Usain Bolt has that Jamaican confidence many of us have because we have overcome so much just to get to the top and some Black Americans have a problem with us having that confidence and not conforming to THEIR definition of what it means to be “Black”.

After university I got involved in with the Institute for Caribbean Studies as a board member, helping to plan Caribbean American Heritage Month each June and ensuring that the sitting POTUS signed the proclamation declaring the month as such.

The Black American groups didn’t like us pushing to separate out ourselves for the Census count because it would reduce the funding they got.

Our argument was simple: We don’t share the same issues so what are you doing for us?

For some, it was another example of Caribbean people coming to take over.

They saw us in their hospitals in NYC and South Florida; in politics as Mayors and Commissioners; as lawyers, all doing well.

Somehow this was bad to some of them.

In my lived experience, I am much more likely to get asked to be on a panel or do a fireside chat at an event put on by a White American than by a Black American.

I have my suspicions why but it doesn’t phase me. I give back where I’m asked.

My most recent political job was Caribbean American Outreach Coordinator in Miami-Dade for Hillary Rodham Clinton.

When you hold people to high standards and they see you as an “other” then it’s easy for them to make excuses.

Knocking on those doors was a reminder of the mental slavery that still exists. It was so different in the trailer parks (not always good different though).

I recently spent 3 months in Berlin at a sports tech accelerator and the Programme Director asked me about my experience. I said that it was so awesome. Berlin was so welcoming, everyone was nice to me wherever I went, etc

She said that was different from the last cohort

She said that the Black Americans from the last cohort didn’t have such a great experience and wanted to know what I thought accounted for the difference.

Easy answer: “I open my mouth and I’m Jamaican, not American, not Black American”.

They love my accent then comment about 3 things, in this order:

As a Jamaican, I can drop into any city and immediately have an advantage BECAUSE I’m Jamaican and our culture has had such a positive impact globally (something we don’t capitalise).

I also pointed out that in my experience, I’ve seen Black Americans see racism where I didn’t see any. I just saw someone doing their job and treating everyone the same.

I have seen racism up close though (shoutout to my dude in Ormond Beach who chased me off his porch).

I never forget working in Central FL, knocking on over 5,600 doors all the way to Daytona Beach.

Mostly the staff was Hispanic and Black Americans. We grew close but it was the trial people that were a trip.

It also revealed my own biases.

One staff wanted her son to interview for the job. Management liked my style of training so they sent him out with me.

He confided that he was scared because he’d never spoken to a White person in his entire life 😳.

We knocked on the first door. He stepped back off the porch out of fear. The name was Hispanic so we made assumptions.

I slipped into my usual attempt to make people at ease with a stranger: “No hablo español muy bien por que necessito practicar. Soy Jamaicano”

Of course, they laugh and say that’s pretty good, then we speak in English.

Immigration policy and then Healthcare are his 2 big issues.

We leave and my charge is amazed at the interaction. He’s surprised anyone would talk to a stranger at the door.

This continues for an hour then he says this isn’t for him.

It’s not for most people. We knock on 80 doors for 4 hours, walking everywhere (and dogs can frighten the living daylights out of you!)

We stopped to get a drink on the way to the van.

Along the sidewalk, he nonchalantly tosses the Big Gulp on the grass right in front of a nice development.

I stop to ask him to pick it up. We already had the discussion about his baggy pants falling down but that would have changed for work.

He says that I behaved as if he “just took a sh*t on someone’s lawn”.

I say that he may as well have.

“Would you like if strangers just throw garbage around your home?”

He was pissed but picked it up. This was his experience in the Hood.

Not unique. Visit a Jamaican ghetto.

I had other Black American staff who were the opposite.

I went out of my way to drop them home at 10 pm so they could save bus fare or just not wait on a friend. We all grew close.

Every group is a Normal Distribution – Black Americans are no different.

Do not judge them based on 1 person or 1 interaction. But we also asked not to be judged that way either.

Now for the big revelation about the Black Experience in America that we don’t get.

A team of 5 of us go to Sanford, FL to knock on doors. Circle back and we are doing our usual estimate of the racial makeup of the respondents for everyone 4 people had 90% Black, 5% White and 5% Hispanic

I am puzzled because mine is flipped: 90% White.

I was LITERALLY on the other side of the train tracks from the other 4 people…In 2016!

Caribbean people cannot relate to that lived experience. Forgive us for we do not know.

After that day, I was far more aware of how housing policy and neighbourhood makeup affected our racial estimates. It’s sad and we need to be united to address the racism in the USA. Caribbean Americans like Kamala Harris are allies, not adversaries. We are not “others”.

Recognize that division will not help. Pres. Obama wasn’t “Black enough” for some people despite LITERALLY being an African American. Judge me by my policies and how they affect you.

Many of us have been taught that the baddest slaves were dropped off in the Caribbean, the first chances the slave ships had to get rid of the troublemakers. It’s often given as a reason for the numerous rebellions, the Haitian Revolution and why slavery lasted so long in the USA.

Whether or not that is true, it feeds a stereotype of Caribbean people being superior to Black Americans. That superiority attitude is cancerous and will guarantee an adversarial relationship with Black Americans because they know that when a police officer draws his gun and we can’t say anything in our accents, we are just as Black and Brown as them, with the same outcomes.

Yes, Jamaicans especially benefit from the “you’re different” because our culture is so globally recognized and we should be extremely proud of being Jamaican. Pride does not require us to throw it in the faces of others though so we should be mindful of how we show that pride and help to educate others by inviting them to learn more about Jamaican history, Caribbean history and even visit.

This will not be fixed overnight but within a generation, we can have an alliance once again like we saw with Marcus Garvey and Black Americans and then Harry Belafonte and Martin Luther King Jr.

About the Author
David P. A. Mullings is the Founder and CEO of Blue Mahoe Partners, a private investment firm managing investments between the USA and Caribbean. He is also a General Partner with Tessera Venture Partners, an early stage venture capital firm, and cofounder of RunLive, a mobile fitness app that is a partner for the Kingston City Run. He previously wrote a weekly opinion column for the Jamaica Observer and served as Future Leaders Representative for the USA on the Jamaica Diaspora Advisory Board for 3 years.