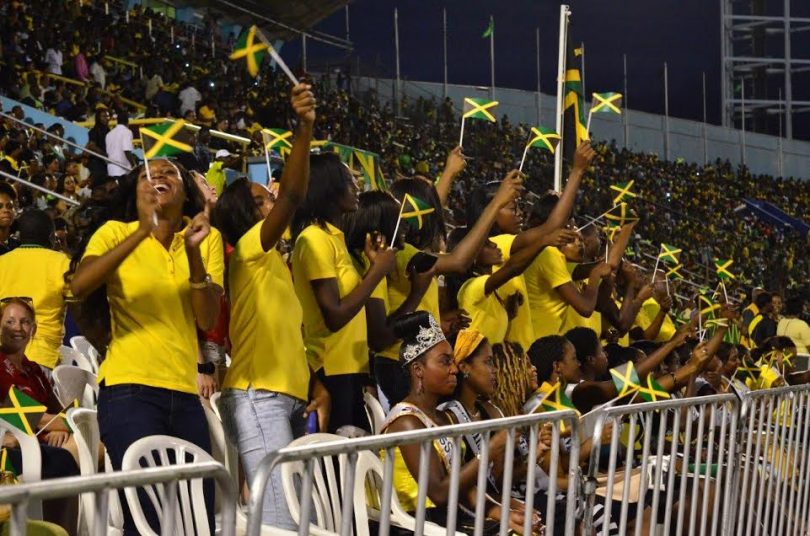 As The nation gets into the full swing of the Jamaica 55 Independence Festival, the National Stadium has been designated the cultural hub for this year’s celebratory activities. The Stadium grounds will be transformed into the Jamaica 55 Independence Festival Village and in keeping with this year’s Independence theme “Celebrating Jamaicans at Home and Abroad”, promises an exciting and thrilling experience for all Jamaicans and visitors to the island. The Village will be open with free admission from Saturday, July 29 to Sunday, August 6, beginning at 12 noon daily. The independence merriment will also include paid nightly entertainment shows at the National Arena from July 29 to 30 and August 1 to 5. The focus on July 31 will be at Emancipation Jubilee in St. Ann and Emancipation Vigils in all parish capitals.

Standing Ovation – July 29, Gospel Song Finals – July 30
Standing Ovation is a variety show featuring Jamaican excellence in the arts. Patrons can come and experience signature and world-class works by leading Jamaican choreographers, composers, musicians, actors and dancers on Saturday, July 20. Then on Sunday, July 30, the National Arena will be filled with praise for the grand final of the 30th Anniversary Jamaica Gospel Song Competition beginning at 7:00 p.m. The Festival Village will also be open to the public on Monday, July 31, while parishes across the island host Emancipation Vigils to welcome Emancipation Day.

Festival Fashion Flair – Aug 2, Mello-Go-Roun – Aug 3, World Reggae Dance – Aug 4
The celebrations will continue on Wednesday, August 4, with Festival Fashion Flair, which will feature a vibrant and chic showcasing of some of the nation’s leading and upcoming fashion designers, supported by noteworthy, local musicians. Thursday, August 3 will see the premier festival family show, Mello Go-Roun’, which will feature the best of the best in Dance, Drama, Music, Speech and Traditional Folk Forms. And on Friday, August 4, the highly anticipated finals of the World Reggae Dance Championship will bring dancers from across the globe to the National Stadium, beginning at 8:00 p.m.

While the daily village is free for entry, tickets for each nightly show are adults $1000 presold and $1200 at the gate; children are $400, with season passes being made available. Tickets can be purchased from the JCDC Head Office at 3-5 Phoenix Ave, Kingston 10, online at www.jcdcjamaica.com and at BX Ticket Hub at Bill Express locations island-wide.

Jamaicans at home and abroad are also being encouraged to join in the Independence festivities by participating in this year’s Festival Fashion theme: “Wear Di Vibes… It’s Jamaica 55” by wearing black, red, emerald and gold, each representing the various vibes of the Jamaican People.