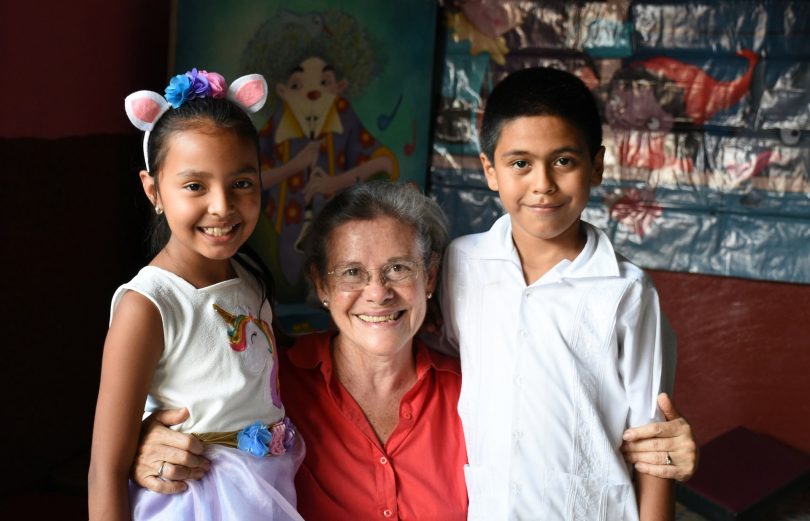 Last December I visited Nicaragua with little more than the basic Spanish I had learnt up to grade 9. While waiting to collect my luggage in Managua, I was pleasantly surprised to see the members of the Dancehall group T.O.K. I walked over to them, introduced myself, then asked, “a wa unu a du a Nikaragwa?”  They told me they had a concert in the city, and I remarked how crazy that seemed. I know Jamaican music is popular across the world, but I never thought of Central Americans when I imagined jubilant Dancehall fans.

Travelling and working in a country when you don’t speak the primary language can be daunting. Thankfully, quite a few of my teammates on the service-trip were fluent in Spanish, and the American guides based in Nicaragua were also fully bilingual. On the first day, I was introduced to two Nicaraguans, Mariela and Damaris, who would be working with us. It didn’t take me long to learn that both were Creole speaking, and that the Creole they spoke was a dialect of Jamaican!

English is not widely spoken in Nicaragua, so there isn’t the perception that ‘Creole’, as they call it, is a degenerate form of English. Instead, the people I met were quite impressed that I could communicate fully with the two women, and often remarked how they wished they could speak Creole, but found it difficult to learn, because of the marked linguistic differences from Spanish.  As I listened to the women I was amazed by how similarly we spoke. There was never a moment where I communicated an idea in Patwa that wasn’t understood, and with their excellent command of Spanish, I had a window into the lives of Nicaraguans that no other participant in the program could claim.

As I introduced myself as Jamaican, many people delightedly told me that T.O.K would be performing in Managua. The people were excited about our cultural product, presented largely in a language that Jamaicans are not entirely proud of. My Jamaican language served me well in Nicaragua. I did not need a translator to understand the challenges faced by rural communities in Nicaragua, and the many stories Mariela and Damaris told are forever etched into the walls of my mind- in Patwa!

Photo by Nery Montenegro on Unsplash