New Jamaican Bakery to Open in Newport in Wales - Jamaicans.com 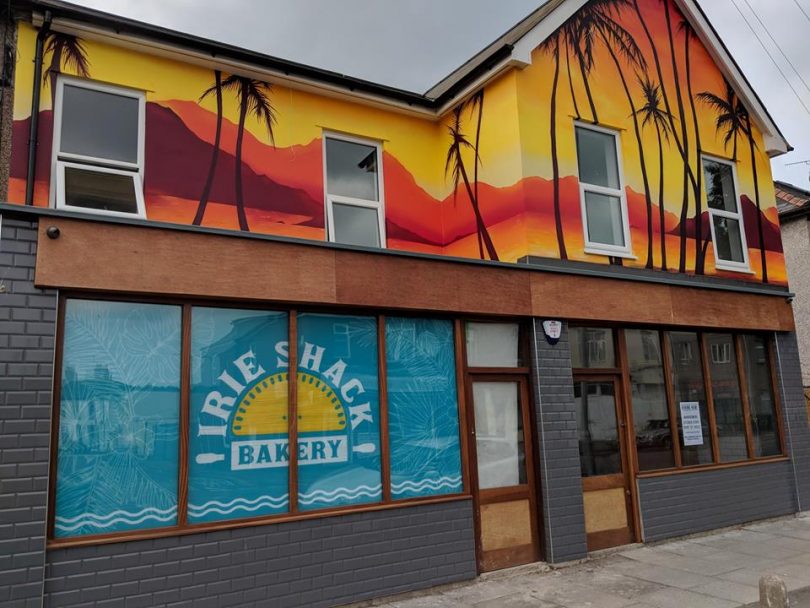 A new Jamaican bakery opening in Newport in July 2018 is set to brighten up the street with its colorful and vibrant exterior and interior décor. Locating on Corporation Road near Kemp Park, the new eatery is an offshoot of the Irie Shack, a popular restaurant in Cardiff. According to Iftekhar Harris, the owner of Irie Shack and of several Newport nightclubs, the bakery also plans to have a presence at the Newport Color Clash on July 13 and 14, 2018, where he will be selling pastries and cakes. The Irie Shack Bakery will sell traditional Jamaican-style patties with the trademark yellow color that derives from the turmeric added to the dough. The patties are filled with traditional ingredients like curry goat and jerk chicken. Harris says that the patties will look like traditional Caribbean patties. “They’ve got turmeric in the pastry and then it’s filled with curry goat, jerk chicken, all the traditional fillings.” He also said that the bakery will offer some things that are not spicy, adding items that will range in flavor from mild to hot. He plans to have a “production unit” where staff will make the bakery’s own patties from scratch, including all the pastry and fillings. Customers will be able to see the entire patty-making process, Harris said. The restaurant is actively seeking experienced bakers and pastry chefs who can work with the existing staff members. According to Harris, ideally the chefs would be experienced with Caribbean food, but he “opened our nets a little bit more” to consider people with experience in general baking. The bakery has its main chef already. Harris sent him to Jamaica for three weeks to get some experience with authentic Jamaican baking in preparation for overseeing everything at the new bakery. Harris also plans to open a vegan Jamaican bakery in Roath, Cardiff, in the future.