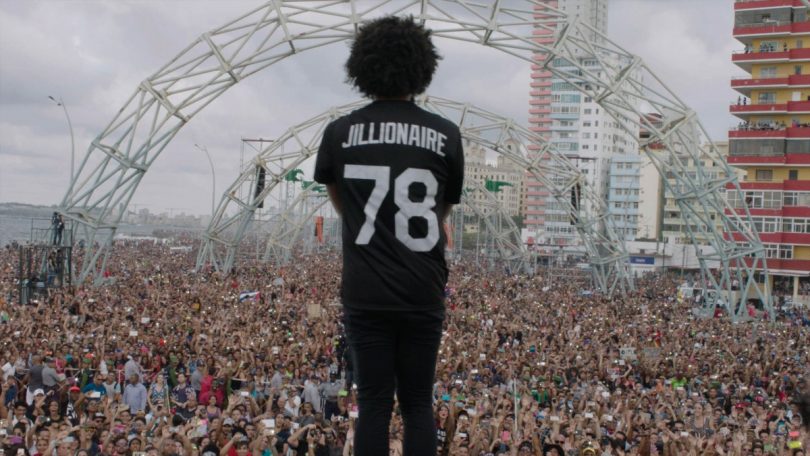 “Give Me Future,” a new documentary highlighting the performance of Major Lazer in Havana, Cuba, in March of 2016, focuses on the way the group pay homage to its Caribbean roots resonates with the youth of Cuba. Comprising Walshy Fire from Jamaica, Jillionaire from Trinidad, and Diplo, who is from Florida, Major Lazer has made its message to be one of peace and inclusivity. The dancehall culture of Jamaica and Trinidad, and the entire Caribbean, has been instrumental in the trio’s success. As a result of changes in policy by United States President Barack Obama to normalize relations with Cuba, Major Lazer was able to headline a concert in Havana. They were unsure that anyone would show up to the free concert, but were pleasantly surprised when their performance drew over 400,000 fans. The documentary highlights how young people in Cuba use electronic music as a form of expression in the historically closed Cuban society. It also displays the success of Major Lazer’s motto: Make the world smaller by making the party bigger. “Give Me Future” will be screened at the Sundance Film Festival in Park City, Utah, on January 27, 2017.