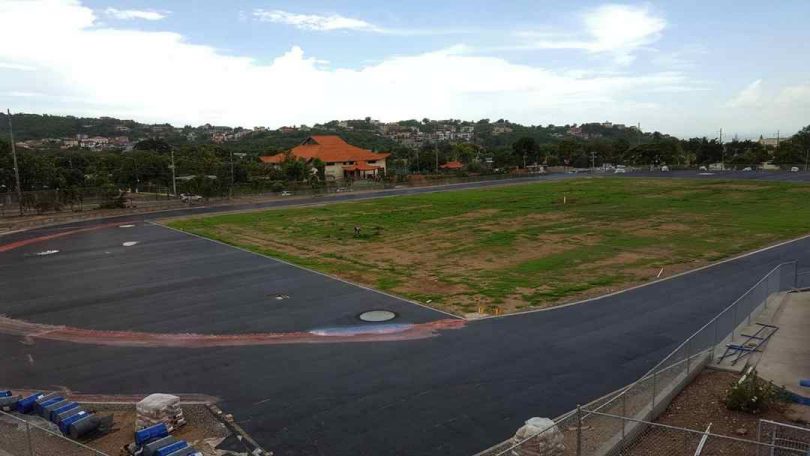 Jamaica College is making history with the construction of a new estimated US$2 million stadium, becoming the first high school in Jamaica to have its own stadium facility. The new stadium is scheduled for completion in February 2018, just a year after ground-breaking for the project. The facility will include an eight-lane 400-meter synthetic track, a football field that meets international standards and is the size of the field at Kingston’s National Stadium, and a seating capacity of approximately 2,000. There are also plans to upgrade the seating to as many as 5,000 in the future. The new stadium will feature state-of-the-art lighting to facilitate high-definition television broadcasts of events held at night. Ian Forbes, a member of the project committee, said that the laying of the track will be finished next month if the weather permits, while the infield should be completed with grass shortly. When finished, the stadium will include shot-put and discus rings and accommodate javelin and long-jump and triple-jump pits as well.

The new facility will have a parking area that will accommodate several hundred cars behind the campus. According to Forbes, the stadium will earn revenue for the school, but plans for that element of the program will be introduced in a “controlled fashion.”

The major contributors to the stadium project are the Ashenheim family, who donated the synthetic track that allows Jamaica College to join Kingston College and Calabar High School, which were the first and second institutions, respectively, to install synthetic tracks on school grounds since 2015. Three generations of Ashenheims have attended Jamaica College, which has won the ISSA Boys and Girls Championships 21 times. The school is also the five-time defending Manning Cup champion, a title it has won 29 times.