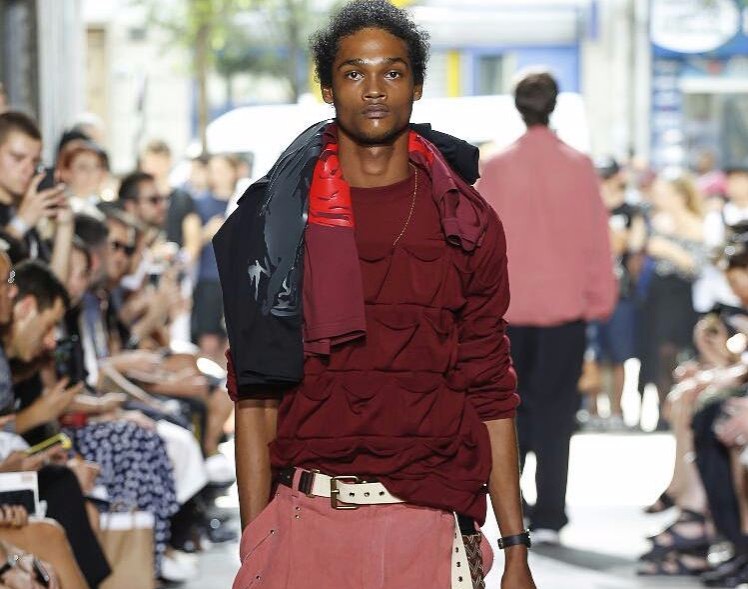 A feature article in the New York Times highlights how things have changed for Jamaican models since Deiwght Peters launched his independent modeling agency Saint International nearly 20 years ago. Saint’s motto – “changing lives and expanding horizons” – has become a reality for the many Jamaicans discovered by Peters and currently in high demand as high-fashion models. When he began his business, Peters said that the concept of ethnic diversity in the modeling industry was not even a possibility as the industry continued to want the traditional, thin, white and young model, said Jennifer Davidson, editor-in-chief of The Fashion Spot website. It was only when Saint International launched its business that any credibility was given to the Jamaican modeling sector. Since then, however, things have changed considerably, and now there is a steady stream of models from the island that Peters discovered at coconut stands and other unlikely locations and developed into fashion superstars.

One of the most notable Saint success stories involves Tevin Steele, who was discovered while he was working as a coconut vendor at Dinga-Fling, his roadside stall outside of Port Antonio. In just over a year, Steele, 21, went from making his living selling coconuts to walking the runway for St. Laurent in Paris, 5,000 miles away from his home. Steele says he never knew about modeling, but after being scouted, he said, “My life just changed.” Also notable is the success of Barbra-Lee Grant, 22, who was employed as a clerk when Peters first met her and who “languished” at the agency until Peters encouraged her to change her hairstyle into an Afro. He sent pictures to Balenciaga, and the fashion house immediately booked her for its 2017 campaign.

Other successful Saint models from Jamaica include Brad Allen, 23, from Kingston, who is the star of a Polo Ralph Lauren ad campaign; Johnny Brown, 23, who is featured in a series of Topman advertisements; the teen models Shaun Holder and Tiffany Johnson of the Vivienne Westwood campaign; Nenese Roper, star of the Saint Laurent campaign; and the runway specialists Naki Depass and Tame Williams, who is already a veteran of Valentino, Dior, and Chanel shows.