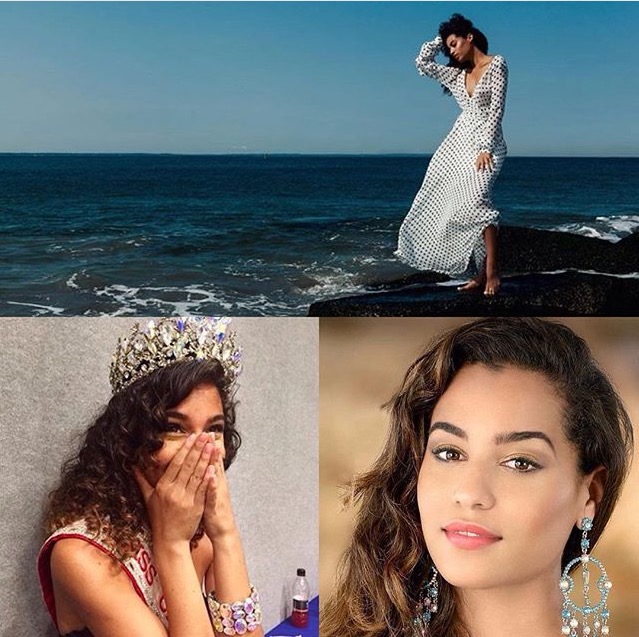 With an inspiring story of perseverance and resilience, Sharlene Radlein was named Miss Universe Jamaica for 2015. Radlein, 25, is of Jamaican, German and Scottish descent, and she believes that everyone has a story to tell. At one time doubting whether she could ever attain her dream of becoming a professional model, Sharlene finds herself “living the dream” due to her desire to succeed. In 2008, Sharlene and two friends were crossing a street when she was struck by a car. The impact sent her through the windshield, slammed on onto the hood, and sent her skidding five feet. When she regained consciousness 20 minutes later, she was in a helicopter being airlifted to a trauma hospital. Eight hours later, she was released with a cast, 15 stitches in her head, and multiple external wounds. Despite her injuries, Sharlene said she took a “leap of faith,” moved to New York, and ultimately signed with a modeling agency. Now she wears the crown as Miss Universe Jamaica. Sharlene, who wants her experience to inspire others, says overcoming her terrible accident caused her to realize that she can overcome anything, even self-doubt. She encourages others to never give up on their dreams. Sharlene will represent Jamaica at the Miss Universe pageant in Shanghai, China in December