The New America - "Everyone with non-European ancestry is being typecast as an immigrant" - Jamaicans.com 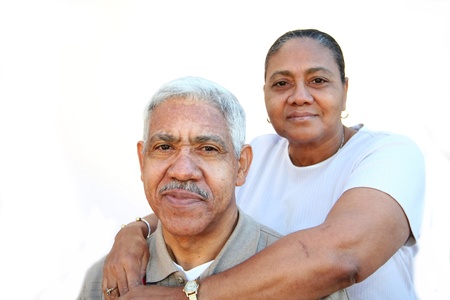 As I listened to an attractive, bleached blonde millennial TV pundit by the name of Tomi Lahren in an exchange with talk show host Trevor Noah, I thought – she is what is wrong with America. I have to say, Noah’s becoming very sharp in his interviewing skills. Here was a young white woman, privileged to have been born in the mighty USA, using her platform as a host on the conservative Blaze Network to advance the narrative that immigrants “should be grateful to be in OUR country”. Noah asked her whether she believed that being an immigrant who had left a bad circumstance in another country, meant that a person didn’t have the right to complain about bad experiences here as well. I thought that was a great question. I would have asked whether she understood that many ‘immigrants’ are documented and that this is OUR country too.

She is representative of the nationalist movement that has pitted the proverbial ‘us’ against ‘them’. They advance this idea that outsiders are draining all the resources that America has, and costing the country more than it needs to spend. I’m curious to know if these entitled Americans pay attention to how inequitably our politicians look out for themselves and the companies who back them. Have they looked at how wasteful Americans are in general? The ones who have money, spend it without reservation on lavish luxuries, but ask them to contribute a portion of it to the society that supports them and they’ll tell you they’re being disenfranchised. The poorer among us waste food and time, because in truth the welfare system will pick up where their earning capacity falls short. Still with all this waste, Americans-by-birth want to blame the poorest of us immigrants for their ills.

I listened to the young lady ask accusingly about ‘cutting the line’, and how unfair it was for people to jump ahead of others who had paid their money and waited like all good immigrants should. Newsflash: many people can’t afford it and don’t have the luxury of time in their current circumstance. For me, as an immigrant who had residency and citizenship handed to me on a platter I say, let them be! If someone felt that they had no choice but to leave their bad home situation in a way that basically turned them into a fugitive, then they deserve compassion, not persecution.

Undocumented immigrants are constantly looking over their shoulders, working menial jobs for less than minimum wage, and suffering unimaginable hardships. There are amenities that they can never benefit from, and others that impose far less of an inconvenience on the American people’s pocketbook nationwide, than do foolish endeavors like the 7 year attempt to repeal one bill called Obamacare and the futile multi-million dollar investigation into Benghazi.

With the rise of white nationalism, everyone with non-European ancestry is being typecast as an immigrant, no matter how many generations their families have been here. Turning the TV on or looking at the internet gives us immigrants constant cues to feel like second class citizens in the new America. In some cases, feeling similar to how we felt when we left our birthplaces to settle in this land of freedom. And if telling all blacks we should go back to Africa, and Muslims they should be hanged by their hijabs, and Latinos that they’ll be thrown back across the wall is how America thinks it should treat the people who built this nation right along with the current dwindling majority, I’d like to know what the hell we should be so grateful about.