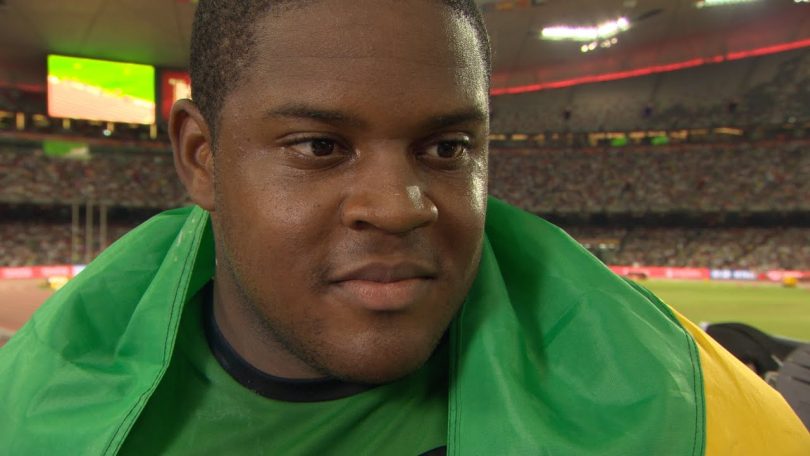 O’Dayne Richards of Jamaica brought home the first medal for Jamaica at the fourth staging of the North American, Central American and Caribbean American Athletics Association (NACAC) Championships, which were held in Freeport in The Bahamas on August 19, 2022.

Richards, who is the national senior records holder, won a bronze medal in the men’s shot put event on the opening day of the competition. He finished in third place with a throw of 20.05 meters and won Jamaican’s only medal for that day. Samantha Hall of Jamaica took fifth place in the women’s discus with a throw of 57.70 meters.

O’Dayne Valentin Richards, 33, was born in 1988 in St. Andrew, Jamaica, and attended the University of Technology. In June 2022, Richards won his ninth national title, winning first place in the men’s shot put with a throw of 19.58 meters on the last day of the Jamaica Athletics Administrative Association (JAAA) National Senior Championships held at National Stadium in Kingston. At that time, he had a season’s best throw of 19.91 meters, which he set in Puerto Rico in May.