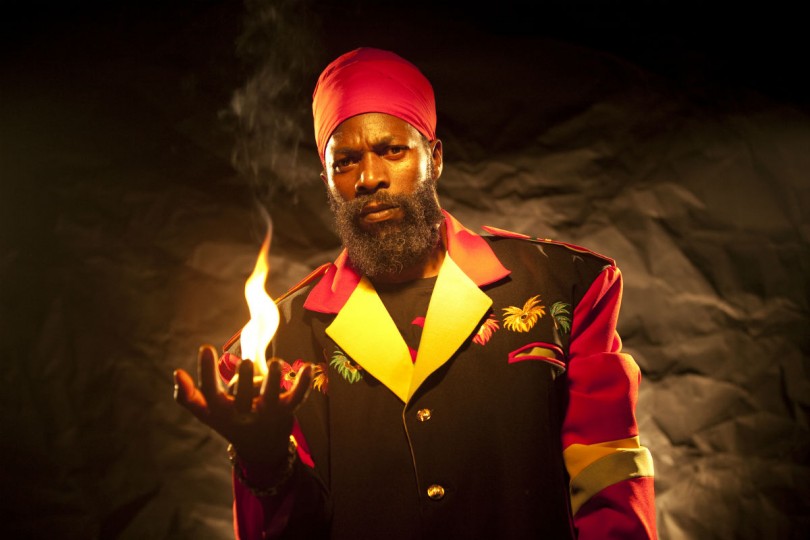 Jamaican reggae/dancehall artist, Capleton (real name Clifton George Bailey III) was born on April 13, 1967 in St. Mary, Jamaica. He is known to many as Capleton the Prophet. The lyrics of many of his songs focus on spirituality, social issues and education.

Capleton earned his future stage name from friends who were so impressed with his sharp reasoning skills that they named him after the most famous lawyer in town. From a tender young age, he was a lover of the traveling sound systems, sneaking out at night to catch the vibes until dawn. But it wasn’t until he turned 18 and moved to Kingston that he was able to realize his destiny.

It was Stewart Brown, owner of a Toronto-based sound called African Star, who gave the untested artist his first break, flying him to Canada for a stage show alongside giants like Ninjaman and Flourgon. The audience poured out their appreciation, and he never looked back. When Capleton first burst on the scene in the late 1980s, the dancehall was a very different place than it is today. Slackness and gun talk were the order of the day. This bright promising newcomer announced his arrival with a string of hit songs from “Bumbo Red” to “Number One on the Look Good Chart” and “Lotion Man.” Everything he touched hit the sound-good charts, and the youthful artist with the nimble vocabulary and hardcore voice quickly established himself as one of dancehall‚s most reliable hitmakers. But even he could not have predicted that eleven years later, at the start of the new millennium, he would be dancehall’s ruling voice.