On this day in Jamaican History: Merlene Ottey - Jamaicans.com 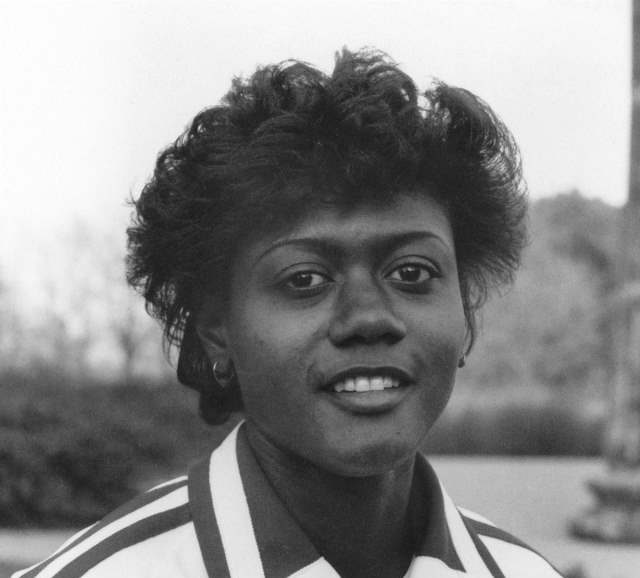 On May 10, 1960, Jamaican sprinter Merlene Joyce Ottey was born in Cold Spring, Hanover, Jamaica. Ottey became the most-honored student-athlete in the history of athletics in Nebraska. She received several NCAA titles in each one of her five competitive seasons at Nebraska. These included five combined indoor and outdoor titles in 1982 and four in 1981. She also earned multiple All-America accolades in each of her five seasons, with seven combined All-America awards in 1982, six in 1980, and five in 1981. Ottey won 14 individual national titles and 24 All-America awards. Both of these honors represented the highest number ever earned by any Nebraska student-athlete. She also belonged to the indoor national championship team from Nebraska in 1982, 1983, and 1984. Ottey still holds the highest indoor scores in the 55-meter and 200-meter events, as well as the top marks in the outdoor 100-meter and 200-meter events.

While her college athletics career was impressive, Ottey achieved even greater highest in her sport, including being the most decorated Olympic athlete in Nebraska history. She participated in seven Olympic Games and won nine Olympic medals. The medal included three Silver and six bronze. She competed in more Olympic events than any other track and field athlete in history, male or female. She represented Jamaica at the Olympics six times and represented Slovenia once.  She won her last Olympic medal at the age of 40, which made her the oldest track and field medalist of either sex in Olympic history. Ottey won the highest number of medals in the history of the World Championships as well, with 14; these included three gold medals. Over her entire career, she won 29 medals between the World Indoor Championships and the Olympics. Ottey was the first female athlete to compete for the 60-meter dash in under seven seconds and the first female runner to finish the 200-meter dash in under 22 seconds.  Her time in the 200-meter indoor event of 21:67 seconds, which she achieved in 1993, remains the world record.

Ottey’s parents were Hubert and Joan Ottey. It was her mother who introduced her to track and field sports, purchasing her a manual on the sport during her early years at school in the 1970s. Ottey was a student at Gurneys Mount and Pondside School and graduated from Ruseas and Vere Technical High School, where she often competed in local races. She graduated from college with a Bachelor of Science in Education, majoring in art

Ottey was inspired to run by listening to radio broadcasts of track and field events at the 1967 Olympics in Montreal, Canada, in which Donald Quarrie competed in the sprint finals. Her athletics career received a boost when she moved to the United States in 1979 to attend the University of Nebraska and became a member of its track team. She represented Jamaica at the 1979 Pan American Games and won a  bronze medal in the 200-meter event there.  After graduating from the University, with a BA she married Nathaniel Page in 1984 and competed for a short time as Merlene Ottey Page. The couple ultimately divorced.

Ottey received the title of Ambassador of Jamaica after she won a gold medal at the 1993 World Championships. She has awarded the title of Jamaican Sportswoman of the Year 13 times between the years of 1979 and 1995. As a result of the disqualification of Marion Jones as the winner of the 100-meter event at the 2000 Olympic Games due to drug abuse, Ottey was retroactively awarded a bronze medal, bringing her total to nine Olympic medals.

Following a disagreement with the Jamaican team, Ottey moved to Slovenia in 1998 and became a Slovenian citizen in 2002. She trained with the Slovenian team and subsequently represented her new country in various events afterward. At the age of 40, Ottey competed at the European Championships in Athletics. She finished fifth in the semi-finals of the 100 meters but failed to qualify for the finals.

She competed in her eighth Olympic Games in 2008 at the age of 48, and in 2010, she qualified for the Slovenian 4 x 100-meter relay squad at the  European Athletics Championships where she became the oldest athlete in the history of the event to participate. At age 52, Ottey competed in the 4×100 relay at the 2012 European Athletics Championships.

Since 2014, Ottey has lived in Switzerland.