On this day in Jamaican history: Sir Clifford Campbell, the first Jamaica-born Governor-General of Jamaica - Jamaicans.com 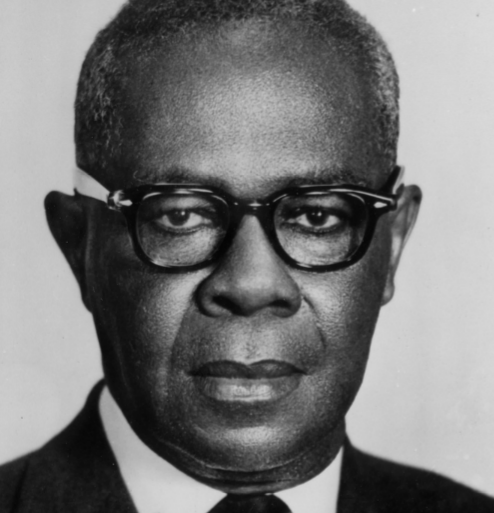 On June 28th, 1892, Sir Clifford Campbell, the first Jamaica-born Governor-General of Jamaica was born in Petersfield in Westmoreland Parish. He was the son of James Campbell and Blance Ruddock Campbell. He attended Petersfield Elementary School from 1901 to 1912 and Mico Training College from 1913 to 1915. Campbell became a school teacher and began his career as Headmaster at Fullersfield Government School in 1916. In 1918 he moved to Friendship Elementary School where he was headmaster for ten years. He then became Principal of the Grange Hill Government School, serving from 1928 to 1944. On August 1, 1920, he married Alice Estephene, the daughter of the late William Jolly, a planter, and Francis Davis Jolly. The couple had four children (Dr. Winston Campbell, Newton Campbell. Mrs. Myrtle Mason (barrister), and Mrs. Clair Keane, (B.A.). He joined the Jamaica Labor Party (JLP) and became an activist when the party was founded in 1943 after the labor riots and strikes of 1938. He was elected to a seat in the House of Representatives for Westmoreland Western in the first election held under Universal Adult Suffrage and served until 1949. Campbell was elected to be Speaker of the House and worked toward the cause of Jamaican independence. He was elected President of the Senate and served in that role from August 31, 1962, until November 30, 1962. On December 1, 1962, Campbell was appointed by Queen Elizabeth II as Governor-General of Jamaica, the first Jamaican-born individual to fill that position. He succeeded Sir Kenneth Blackburne. Campbell was also awarded the Honor of Knight Grand Cross of St. Michael and St. George (G.C.M.G.), and later Knight Grant Cross of the Royal Victorian Order (G.C.V.O. He served as Governor-General until 1973. Campbell was a member of the Manchester Committee of the Western Federation of Teachers, the Board of Visitors to Sav-la-Mar Public Hospital, the Advisory Committee of the Knockalva Practical Training Center in1945, the Board of Education from 1944 to 1945, the Westmoreland School Board, the ISSA Scholarship Award Committee in 1945, the Westmoreland Rice Growers’ Association, the Committee on Training of Government Officers in 1945; he was last Vice-President of the Association of Westmoreland Branches of the Jamaica Agricultural Society and member of the delegation sent to investigate conditions of Jamaican farm workers in the U.S.A. in 1945. He was also a Fellow of the Royal Commonwealth Society, President of the Jamaica Flying Club, the Jamaica National Choral and Orchestral Society, the Jamaica Youth Clubs Council, President and Grand Patron of the Jamaica Legion, and Patron of organizations like Boys’ Town, the Jamaica Agricultural Society, the Jamaica Football Federation, and the Jamaica Cancer Society.