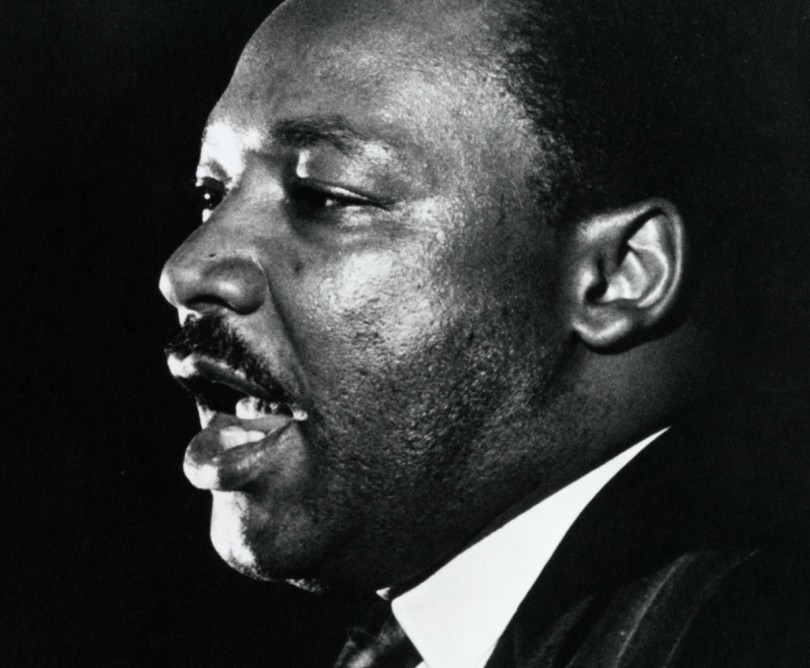 In June 20, 1965, Rev. Dr. Martin Luther King, Jr., delivered the sermon at the 1965 valedictory service in the Assembly Hall of the University of the West Indies Mona campus instead of the chapel where graduates traditionally attend the service because of the large number of people who came to hear him speak. The speech was entitled “Facing the Challenge of a New Age.” Dr. King spoke to the crowd about the end of the old colonial order, the need for a global brotherhood that recognized the growing interdependency of people around the world, the need to battle against injustice wherever it occurs with love, and the need for everyone to strive to be the best at whatever they decide to do in life. Dr. King told his listeners, “The time is always right to do right,” and went on to say that “whenever a new nation comes into history, it brings with it new challenges and new responsibilities. The great challenge facing all of us today — is to somehow stand before the opportunities of the moment and face the challenges of the hour with creativity and with commitment and with determination.” After the valedictory service, Dr. King and his wife, Coretta Scott King, attended a dinner at King’s House where he was hosted by Jamaica’s Governor-General Sir Clifford Campbell and Lady Campbell. On the following day, Dr. King received the Keys to the City of Kingston at a reception at the National Arena. He also spoke to the packed venue for over 40 minutes, saying that he had never felt more at home anywhere else in the world. “In Jamaica, I feel like a human being,” he said. After his address at National Arena, Dr. King made an unexpected visit at a reception of 500 guests at the home of the USAID director. The next day, Dr. King made a visit to the grave of National Hero Marcus Garvey to lay a wreath and pay his respects.

Dr. Martin Luther King, Jr. quote on Jamaica  – “Here you have people from many national backgrounds: Chinese, Indians, so-called Negroes, and you can just go down the line, Europeans, European and people from many, many nations. Do you know they all live there and they have a motto in Jamaica, “Out of many people, one people.” And they say, “Here in Jamaica we are not Chinese, (Make it plain) we are not Japanese, we are not Indians, we are not Negroes, we are not Englishmen, we are not Canadians. But we are all one big family of Jamaicans.” One day, here in America, I hope that we will see this and we will become one big family of Americans.”- From the book “A Knock at Midnight: Inspiration from the Great Sermons of Reverend Martin Luther King, Jr.”