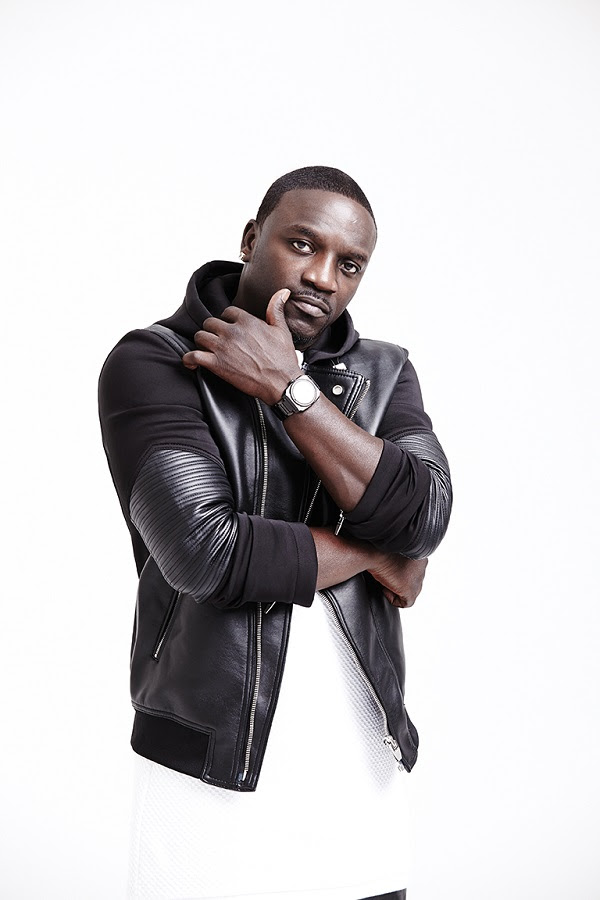 Tuff Gong International and Rose Hall Developments have a star-studded line-up fully in place and set to deliver legendary performances at the upcoming One Love Music Festival, scheduled for this Thursday and Friday, February 4 – 5, 2016, in Montego Bay, Jamaica.

There is a ‘natural mystic’ in the air as Mo-Bay gears up for the big nights.  Audiences will be treated to appearances by global superstar Akon, Nico & Vinz, “Queen of Reggae” Marcia Griffiths, Marley scions Kymani as well as Skip, the other royally reggae family Morgan Heritage, Jamaican winner of “The Voice” for 2014, Tessanne Chin, as well as a sparkling mix of the greatest and latest Jamaican musical talent, including Nadine Sutherland, Tanto Metro and Devonte, Benjy Myaz, roots reggae “revivalists” Jesse Royal, Iba Mahr and NoMaddz, alongside Kranium, CK, Devin Di Dakta, D’Burnz and Sabrina the Diva.  The indefatigable Ruff Kut will be the band on the stand and guiding patrons through the various proceedings will be media hosts par excellence, Iceman and ZJ Sparks.

Tuff Gong International is presenting the festival as a fundraising event to celebrate Bob Marley’s life and legacy by supporting life changing projects in education, the environment and poverty relief through the Bob Marley Foundation in partnership with the Rose Hall Developments and Sandals Foundation.  “Our historic Rose Hall Great House is a perfect setting to bring the One Love message.  Not just in song,” says Michael Rollins of Rose Hall Jamaica, Executive Producer of the event, “but also to celebrate the life of Bob Marley through the meaningful work our foundations will do with funds raised by these events.”

The Charity Gala Reception takes place on Thursday, February 4, on the lawns of Rose Hall Great House.  There, patrons will be up close with a galaxy of local and international celebrities while the inimitable Marcia delivers from her nearly endless catalogue.  She will no doubt spring a few pleasant surprises, aided and abetted by Benjy Myaz, a “complete” musician in his own right, as in singer-songwriter-player with hits of his own.

The Friday night following, the action moves to the nearby Aqueduct ground for the blazing One Love Concert, headlined by Akon, in his first featured performance on a Jamaican stage in many moons.  With 45 Billboard Hot 100 songs, over 3 million units sold, and global goodwill flowing from his groundbreaking “Akon Lights Africa” outreach all to his credit, Akon’s set is not to be missed, particularly given the creativity that the artiste, label owner and all-around mogul is known to bring to his shows.

Also rearing to go is Kymani Marley, whose debut album in 1996 titled Like Father Like Son, delivered several singles including British chart topper “Dear Dad.”  20 years later, and with albums like “The Journey,” “Many More Roads,” “Milestone,” and his new album titled “Maestro,” this veteran performer has built a reputation as a master in the new generation of reggae musicians.  Third generation musical Marley, Skip, is flying the flag high with his debut “Cry To Me,” number one on the EDM.com chart plus a Top 15 song for 2015 on LargeUp.com.  Also, his recent recording of his grandfather’s classic, Three Little Birds, brought success to the 2015 Sandals ad campaign.

Individually and collectively, the members of the musical Morgan family, better known as Morgan Heritage have nothing left to prove to music fans, but that certainly has not seen them sitting idle.  Having dropped “How Come,” “Don’t Haffi Dread,” and ‘Nothing to Smile About,” among scores of others, the Royal Family of Reggae has taken the impressively significant step forward by releasing an album.  “Strictly Roots,” released in 2015, was recently nominated for a Grammy Award in the Best Reggae Album category.

In Nadine Sutherland and Tessanne Chin, the One Love Music festival has two of the most powerful and accomplished female vocalists that the island has yet produced.  Nadine Sutherland’s career has encompassed great songs in just about every style, from the dancehall anthem “Action” (with Terror Fabulous) to power ballad “Pair of Wings” to the whimsical pop smash “Baby Face” and the more recent “Cougar”.  Long before she shot to global renown as the winner of the NBC talent competition “The Voice,” Tessane Chin had been wowing savvy music lovers through her exploits as a solo act, including the massive hit “Hideaway” and her exploits as lead for the seminal band Mile High.  Not to be outdone, Ikaya has been a vocalist of impact over the last several years, with such tracks as “Hard Way” “Fly Away” and “Ain’t Giving Up”.

His searing social commentary “Modern Day Judas” and collabs with the likes of Kabaka Pyramid, Protoje and Major Lazer’s Walshy Fire have helped to establish Jesse Royal as one of the spearheads of the ongoing reggae revival.  His exploits have garnered him loyal fans both at home and abroad.  Iba Mahr has steadily racked up plaudits and legions of fans on the strength of robust performances and the lyrical and musical quality of “Diamond Socks” and “Had It and Lost It.”  No-Maddz have a made a career of game-changing compositions and performances, from the now iconic “Rise Above Profanity (Poo Pooko Poo)” and “Breadfruit” to their equally revered campaign for international sportswear giants Puma.

Having had individual careers prior to joining forces, Tanto Metro and Devonte have toured the world and seen the music biz from the lofty perspective of Billboard-charting singles (“Everyone Falls In Love”) as well as sold-out shows and gatherings with the industry’s elite.  In 2015, the former Shocking Vibes duo teamed with Sly and Robbie to release their 5th full-length disc, “Sly and Robbie Presents Tanto Metro and Devonte” and, naturally, it’s as if they were never away from the reggae/dancehall scene.

Kranium, CK, Devin Di Dakta, D’Burnz and Sabrina the Diva represent the “next wave” of Jamaican pop stars.  As expected, their sounds draw from the plethora of sonic colours but refashioned and spiced up for the present generation and beyond.  They are also heavily image-centric, reflecting (and initiating) fashion trends in and through their musical exploits.

One of the few radio jocks demonstrably comfortable in a multi-genre setting, ZJ Sparks has a growing global rep that allows her to easily transition from upscale club rooms and corporate events to the annual Carnival celebrations to the streets.  Solidly grounded in theatre, multi-hyphenate Iceman lists singer, songwriter, comedian and radio jock in his staggering list of credits.

“The One Love Music Festival is our way to continue to spread Dad’s message and help empower people to achieve great things,” says Creative Director of the One Love Music Festival and CEO of Tuff Gong International.  “The line-up is an exciting fusion of contemporary and seasoned musical talents which is sure to provide an explosion of entertainment and make Montego Bay ‘feel alright.’”