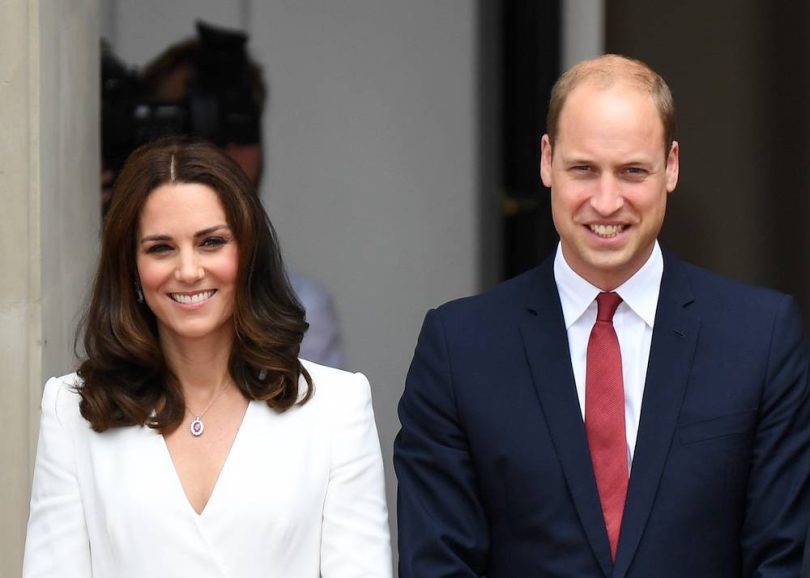 Prince William & the Duchess of Cambridge Kate are set to visit Jamaica this week. Ahead of their visit, the Advocates Network released the open letter below signed by 100 people including doctors, entertainers, business people, lawyers, entrepreneurs, politicians, and religious leaders.

Open Letter to Prince William and the Duchess of Cambridge Kate

We note with great concern your visit to our country Jamaica, during a period when we are still in the throes of a global pandemic and bracing for the full impact of another global crisis associated with the Russian/Ukraine war. Many Jamaicans are unaware of your visit as they struggle to cope with the horrendous fallout of the COVID-19 pandemic, exacerbated by pre-existing social and economic hardships inherited from our colonial past.

We also note that your visit is part of the celebrations to mark the 70th Anniversary (Platinum Jubilee) of the Coronation of your grandmother and the 60th Anniversary of Jamaica’s Independence. We see no reason to celebrate 70 years of the ascension of your grandmother to the British throne because her leadership, and that of her predecessors, have perpetuated the greatest human rights tragedy in the history of humankind. Her ascension to the throne, in February 1952, took place 14 years after the 1938 labour uprisings against inhumane working/living conditions and treatment of workers; painful legacies of plantation slavery, which persist today. During her 70 years on the throne, your grandmother has done nothing to redress and atone for the suffering of our ancestors that took place during her reign and/or during the entire period of British trafficking of Africans, enslavement, indentureship and colonialization.

In fact, on September 30, 2015 former Prime Minister (PM) David Cameron addressed a joint sitting of both houses of the Jamaican Parliament, and told us to “move on from this painful legacy,” merely acknowledging the “horrors of slavery” and asserting British leadership in the abolition of slavery. Many of us were outraged and demanded an apology through several open letters by former PM PJ Patterson, Sir Hilary Beckles, Vice Chancellor of the University of the West Indies, and University of Technology, Jamaica professionals, as well as newspaper articles, including one by Dr Henley Morgan.[1] We still await an apology for the offensive and insensitive statements. We have not forgotten! As Cameron correctly noted: “these wounds run very deep.”

We, therefore, will not participate in your Platinum Jubilee celebration!

We will, however, celebrate 60 years of freedom from British colonial domination. We are saddened that more progress has not been made given the burden of our colonial inheritance. We nonetheless celebrate the many achievements of great Jamaicans who rejected negative, colonial self-concepts and who self-confidently succeeded against tremendous odds. We will also remember and celebrate our freedom fighters, including our National Heroes, who bravely fought against British tyrannical rule and abominable human rights abuses. We welcome you to join this celebration.

You, who may one day lead the British Monarchy, are direct beneficiaries of the wealth accumulated by the Royal family over centuries, including that stemming from the trafficking and enslavement of Africans. You therefore have the unique opportunity to redefine the relationship between the British Monarchy and the people of Jamaica. If you choose to do so, we urge you to start with an apology and recognition of the need for atonement and reparations. There are many reasons why we see this is an important and necessary way forward for you both and the generations to come. We have attached a list of only sixty (60) reasons in commemoration of our 60 years of freedom from British colonialization.

We urge you to reflect carefully on these 60 reasons why you should apologize and begin a process of reparatory justice. It is unconscionable that enslavers have been compensated under the Slave Compensation Act (1837), with some payments converted into 3.5% government annuities which lasted until 2015, yet to date there has been no compensation paid to the descendants of enslaved Africans.

We are of the view that an apology for British crimes against humanity, including but not limited to, the exploitation of the indigenous people of Jamaica, the transatlantic trafficking of Africans, the enslavement of Africans, indentureship and colonialization, is necessary to begin a process of healing, forgiveness, reconciliation and compensation.

We encourage you to act accordingly and just “sey yuh sorry!” Boldly lead a youthful generation in the hope that it is possible to create a future where: “the philosophy which hold one race superior and another inferior is finally and permanently discredited and abandoned,” and where there is no “first class and second class citizens of any nation,” and where “the colour of a man’s skin is of no more significance than the colour of his eyes” and, finally, where “basic human rights are equally guaranteed to all without regard to race.” These words were used by Emperor Haile Selassie I in his speech to the United Nations General Assembly on 4 October 1963, and was made popular by Bob Marley in the song “War.” As a Rastafarian, Bob Marley embodied advocacy and is recognized globally for the principles of human rights, equality, reparations and repatriation. Use these words to create a new narrative and reality of PEACE for your generation and generations to come.

12.    Mike Henry, Reparations Advocate for Chattel Slavery, One of the 2 longest serving MP in Jamaica

55.    Christopher Malcolm, Jamaican without allegiance to the Crown

78.    Kenyama Brown, Minister of Foreign Affairs, The State of the African Diaspora (SOAD)

100. Stand Up For Jamaica (non-profit organization)

The Advocates Network is an unincorporated, non-partisan alliance of individuals and organizations advocating for human rights and good governance to improve the socio-economic conditions of the people of Jamaica and to transform lives. Our core objective is to forge an effective, broad-based collaboration of individuals and civil society organizations to support human rights and good governance issues. For more information, email: [email protected]