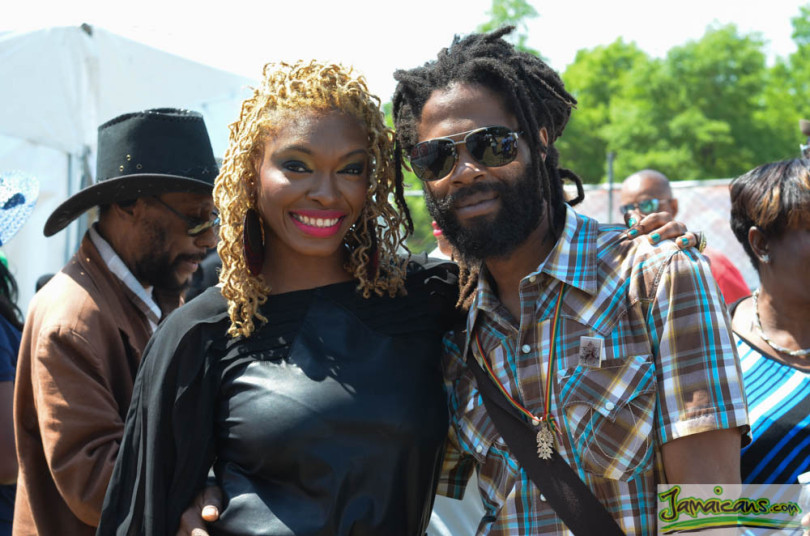 Oracabessa Festival, the family-centric fun day brainchild of Robert Clarke and Irie Jam Media had its second staging at Roy Wilkins Park on Memorial Monday, May 25, 2015.  In an eclectic line-up that worked both on paper and practically, patrons were treated to spectacular all-round performances from the gospel fraternity in the form of Kukudoo, Natalie Evans and the resilient Shirley Willis with the Grace Thrillers.

Dancehall legends Colonel Josey Wales and show closer Freddy McGreggor showed why they are still as relevant today as they were in the 80s.  The upstarts, Dexter Dapps, K-Coneil, Stacius and Shuga acquitted themselves well, pleasing not just the younger crowd, but in the case of K-Coneil and Dexter Dapps, thrilling the ‘older heads’ with catchy lyrics and melodious rhythms.

Thrown into that dancehall mix Tarrus Riley in a very touching moment, brought his wheelchair-bound father, the legendary Jimmy Riley on stage as the two performed together, backed by producer, arranger and saxophonist Dean Fraser.  The pop came from singers Sean Paul with his energetic set supported by frenetic dancers and the cool poised Alaine, promoting her new album Ten of Hearts, paired nicely with the smooth unharried music of Christopher Martin, also promoting his new VP produced EP Stepping Razor.