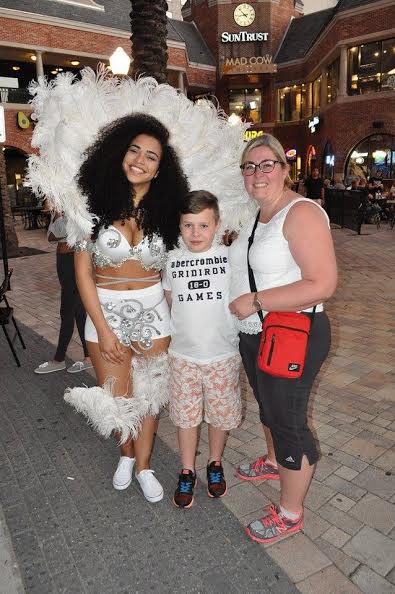 Where:  Downtown Orlando, Parade moves along Church Street, between the Amway Arena and the Citrus Bowl

What:  30th Anniversary of Orlando Carnival with a Free Parade and Festival

A little over 30 years ago, an influx of Caribbean people arrived in Central Florida.  With their arrival to the area they brought their desire to remain connected to their culture and its traditions. In cities like New York, they had already embedded their culture into the fabric of society.  Many moved from that area and could not find cultural events in Orlando!t

The Orlando Carnival began as a party in a park and has blossomed into one of the biggest and most anticipated outdoor Caribbean festivals in Central Florida. This year, Orlando Carnival is celebrating its thirtieth year and welcomes people of all ages and cultural background from around the country during Memorial weekend for music, food and celebration.

The Carnival is making Downtown Orlando it’s home going forward.  We love this City and the City understands that we are more than just a festival; we are a fusion of  Caribbean, Latin American and South American communities that connect through culture.  Each brings a piece of  their own traditions and culture in an immersive environment. It’s a walk down memory lane with all the flavors, sounds and smells of home.

The 2017 festival is projected to bring an audience of 20,000 people to the downtown area.  Indeed more than 10,000 of those attendees will come in from neighbouring cities, counties and states to enjoy the event.  Orlando Carnival’s long history shows us that those projections are indeed understated.  It is a safe and fun event and we encourage you to be a part of the largest one in our 30 year history.

We are especially seeking relationships with media outlets to share the story of Carnival, the way it bridges several cultures and the story of how it began in Orlando.  Please reach out, we can make it an exciting adventure for your readers and viewers.