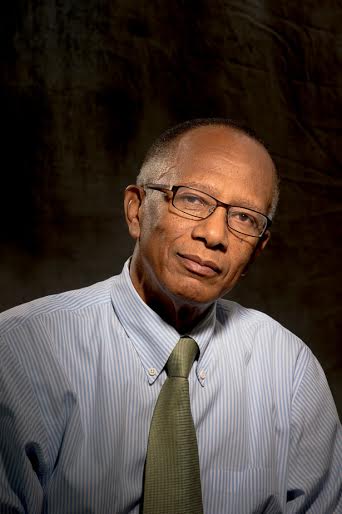 Dr. Patterson will speak on “Institutions, Culture and Economic Performance in Jamaica: A Comparison with Barbados” at the first in a series of lectures, jointly organized by the University of the West Indies (UWI) Alumni Association Florida Chapter, Coalition of Jamaican Alumni Associations of Florida and ReadingPaysMore, Inc., a South Florida based non-profit reading initiative with the generous support of the Florida Caribbean Students Association.  Further lectures are slated for dates to be announced on The Evolution after the Revolution: Jamaica at 60, Books Too! promoting and preserving our culture: Integrating Reading with Sports and Entertainment for a Prosperous Jamaica.

Described as one of Jamaica’s, and the Caribbean’s foremost sons, the intellectual and literary icon, Dr. Patterson is the author of Slavery and Social Death, Freedom in the Making of Western Culture, The Sociology of Slavery, The Cultural Matrix: Understanding Black Youth, and the Caribbean Classic, The Children of Sisyphus.

Dr. Loic Wacquant, professor of sociology at Berkeley, was quoted in the November – December, 2014 issue of Harvard Magazine’s profile on Dr. Patterson as saying:  “Orlando is one of a kind—the sheer scope and ambition of his work set him apart from 99 percent of social scientists. In an era when social scientists specialize in ever-smaller objects, he is a Renaissance scholar who takes the time to tackle huge questions across multiple continents and multiple centuries. There was another scholar like this in the early twentieth century, named Max Weber. Orlando is in that category.”

Professor Patterson who was the second person of African-descent to be hired by Harvard University was further described by fellow Harvard sociologist, Christopher Winship as possibly the last of Harvard Sociology’s big thinkers.

Dr. Patterson was awarded the Order of Distinction by the Government of Jamaica in 1999.

“The country of Jamaica is facing the fierce urgency of now with respect to creating a solid educational foundation in its citizenry to be able to compete in the global market in this information based economy to create sustained economic progress and stability,” says Georgia D.N. Robinson, a local Jamaican-born attorney. “Jamaicans must make a commitment that we will also be known for our intellectual contributions in areas such as business, law, medicine and technology, as well as in sports and music. The only way this will happen is if we nurture a national culture of reading/education,” she continued.

Dr. Patterson is an example of the transformative power of reading in a child’s life and the impact on the child’s country.  He stated in an interview that “one day when he was about eight or nine, a one-room library opened under a pavilion in the town park, and the boy was astonished to learn that you could borrow books there. “Borrow books?” he recalled asking the librarian. So I found myself going to this place with the smell of brand-new books, and I could take any book I wanted. It was amazing! I used to go there, and read and read and read….That was a transformative experience. I just read. Instead of shooting birds or swimming in the Rio Minho river, I’d go to the library.”

Dr. Rupert Rhodd, Associate Professor of Economics and Associate Dean of the College of Business at FAU, speaking of his association with Dr. Patterson, said “one of the first books I read while completing my undergraduate degree was “The Sociology of Slavery”. Of course, I read it as part of the curriculum requirement for the introductory sociology course that I was taking to complete my degree in economics. Dr. Patterson’s writing then, and the other works that I have read have added a valuable perspective to my thinking. One certainly needs a point of reference to be able to make substantive change in today’s world, and that is what Dr. Patterson’s works have provided.”

Dr. Patterson will meet with patrons in attendance at a book sale and signing following the lecture.