Our Stories: I fell in love with the saxophone - Malik Hamilton - Jamaicans.com 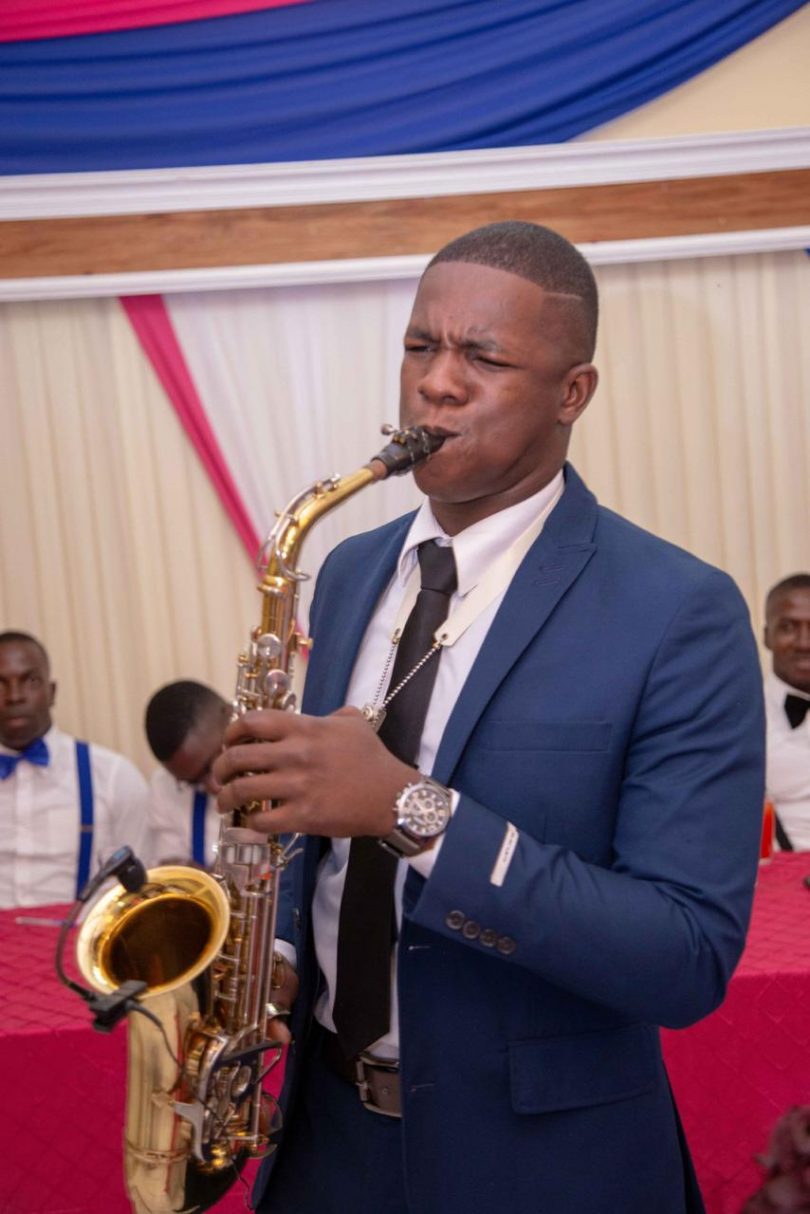 When was the last time you fell in love? Like real, heart-throbbing love? 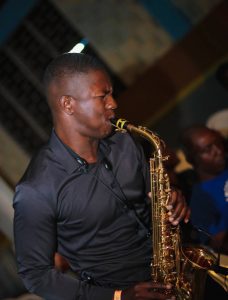 For 22-year-old Malik Hamilton, it happened 7 years ago when he listened to the sound of the saxophone being played by his then instructor, Dwayne Foster. Malik recalled how intrigued he was in the instrument’s shape and parts. However, he had no clue how to use it to produce the silky, soothing music he enjoyed hearing. After weeks of observation, he decided to take up an offer to receive training in playing the saxophone. However, that training didn’t last long and Malik had to put his heart, brain, and fingers to the test to nurture his new-found love in the saxophone. 7 years later, Malik is revered as a multi-award winning saxophonist who takes bookings on the island and overseas.

Why did you start playing the saxophone?
I have always been intrigued by music. I was singing with my sisters at one point, they had a group with three of us. I was singing alto and the other sisters sang tenor and soprano.  I then started to play the keyboard in 2010 but it wasn’t professionally.  Then I auditioned for my school music group, Bog Walk High, and there was a guy who was a part of my church who was the music teacher and he plays the saxophone.  I always see him at church events that I attended.  I was intrigued and I heard him mentioning he would like to teach someone for JCDC festival.

And you were successful in the audition. How did you place in the competition?
I got bronze. I played for 3 months in 2012 (February to May) and got bronze.

That’s amazing! How did you feel about the bronze award?
[My family members] were happy and they were there as well. I wasn’t happy. I always thought I could do better especially when I looked at the score sheets and knew I just wanted a couple points to get silver or gold.  My family always encouraged me and they are always there for me.

(laughs) You sound like a perfectionist.
People say that but I don’t think I am. I just try to get things as perfect as possible.

Did you enter again?
I entered 2013 and got silver and entered 2014 and finally got gold. 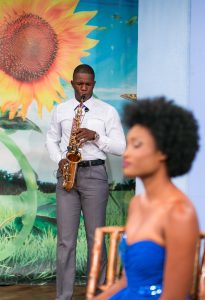 And then you took it up professionally, right?
From when I won the silver I considered going professional because I got a few gigs after the second festival.

So you did the training on your own? How did you know what to do?
I did a lot of research and watched a lot of videos on YouTube.  I also reached out to persons that I knew who played the saxophone.

Who did you reach out to?
I reached out to Courtney Fadlin and Oral Henry.  They showed me a couple of things and gave me some advice. There wasn’t really much time for personal training as Courtney doesn’t live in Jamaica.  He lives in Bermuda.  He was a lecturer at Edna Manley at one point.  He was the saxophone professor before he left. We have been talking online, on Facebook.

Where did you practice?
I was practising at home in the washroom. I practised all hours of the night. I guess my family members got used to it and still managed to sleep through it.  They were always encouraging me. They have never discouraged me and have never said I was too loud or it’s bedtime now.

What is it about the saxophone that interests you?
The tone is interesting to me. It has a very unique, smooth and refined tone; although it can sound awful when not played properly.  The shape also interests me, as it is really nice to look at.  I have always been intrigued by the buttons and the valves that I see.

You’re one of the most sought after saxophonists in Jamaica. How long have you been performing professionally?
I have been performing professionally for over 5 years.  I have a wedding almost every weekend.   Sometimes I have two weddings in one day.  Sometimes I have a double wedding or triple [bookings] on the weekend. I have performed at a lot of weddings (over 200 weddings)… 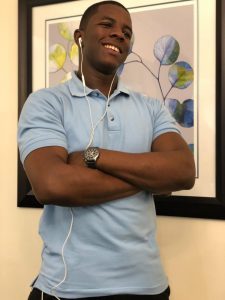 Really?
Yes, trust me. I have done a lot of weddings.

How did you establish yourself as a sought after talent for weddings?
Well, it has been from personal recommendations.  Persons recommend me to others. I think from my 2nd year at festival I started getting gigs from persons and the more places I go to people are interested, and even if they are getting married 2 years from the time of the wedding they take my number and contact me in the future. I really don’t remember most of them but they tell me that I promised them to perform at their wedding. I have been on TVJ three to four times so that helps to spark the media and promotion. I get a lot of calls after [I’m featured on the TV] show.  I have my Facebook account and Instagram account with music stuff there so persons also contact me through these platforms.

I know you maintain a full-time job. How do you manage to do that?
It is very hard to do my full-time job plus get around musically. Sometimes I ask for time off and take as much shows as I can take. It is hard, trust me but because I am passionate about it, it seems as if it is nothing… sometimes.

So Malik, what is preventing you from going full-fledged, just playing the saxophone at different events, just taking event bookings?
I am just trying to sort out everything, trying to establish certain things. I am trying to get some songs on CDs and some covers.  It is something I know I want to venture into at some point.  When I left high school I was doing music professionally. I was working at Decameron Hotel in Runaway Bay, playing music 4 nights for a week.  I was doing it for a while then I left and got a full-time job because I thought it was better.  It is not the same as doing music because when you are doing something that you love it is like you are not working.  I gave it up for a normal job. 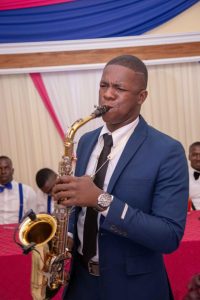 Why wasn’t that full-time job fulfilling?
It wasn’t fulfilling because I missed just playing music. It was a good job that paid well and everything but because it wasn’t music, it just wasn’t the same.

How are you able to balance your music career with your current job?
Most of my jobs are on weekends, even though I work on weekends I don’t work every weekend [and] most of the jobs are also in the night.

Looking at your transition from 2012 as an amateur saxophonist to now developing a career fuelled by your passion… What are your thoughts on how you have transitioned?
I am never satisfied with where I am.  When I just started out, I said I just wanted to get to this standard and then I am done.  I get to that level then I get uncomfortable or I am just not satisfied. Even when I get so many comments from so many persons saying that you sound really good and that you are a good saxophonist for your age and time, I am just not there yet.  I think that is a good thing because I keep on practising a lot.

Besides your sisters, were any other members of your family involved in music?
My mother and grandmother are great singers. My father tries to DJ but doesn’t do it professionally…. my grandparents have been very instrumental in my development. They were the ones who groomed me as I grew up with them and my grandfather bought me my first saxophone. My mother is also a very big fan of mine so is all my family members…I wouldn’t be here had it not been for them.

That’s amazing! What is your recommendation to someone who has an interest in playing an instrument like the saxophone but has never tried?
I would advise them to do what your heart or spirit tells you to do.  For me, your spirit is never wrong. If it is something that you love, you will make an effort and you should go for it.

Valid advice! Thanks for sharing your story Malik!