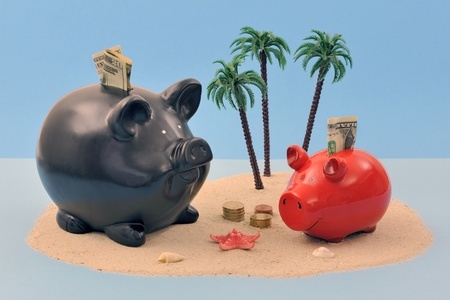 Details from leaked documents known as the “Panama Papers” are having an impact on several countries in the Caribbean. According to leaked files, Mossack Fonseca, a Panamanian law firm, the British Virgin Islands, St. Kitts & Nevis, and the Bahamas are involved in a financial scandal that includes some very high-profile clients. The British Virgin Islands is particularly singled out as it is the location of an anonymous firm registered there, which has been linked to Russia’s Vladimir Putin. This company, Ove Financial Corporation, allegedly collected only $1.00 on $200 million paid by Sandalwood Continental in 2011 to Horwich Trading Ltd. based in Cyprus. Sandalwood is owned by the chairman of Bank Rossiya in St. Petersburg, who has been called one of Putin’s “cashiers.” China has also emerged as a player in the Mossack Fonseca scandal, with the Chinese president’s brother-in-law allegedly establishing two companies in the British Virgin Islands through the Panamanian firm in 2009.