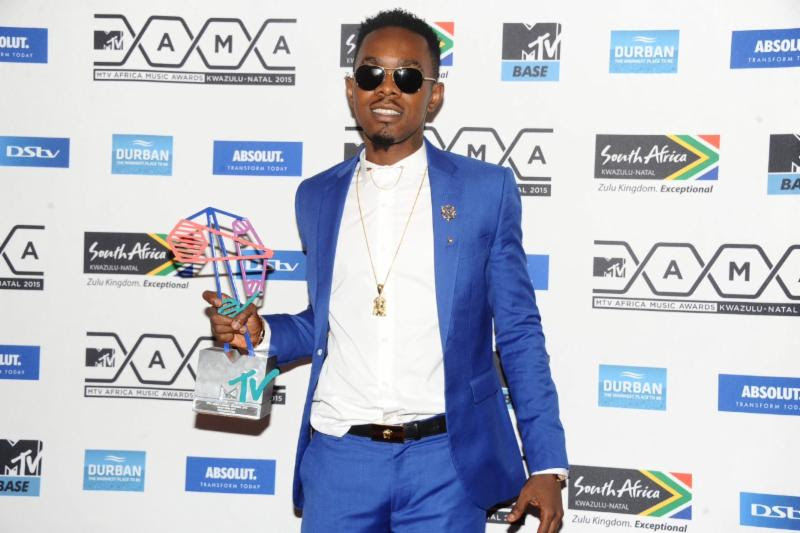 Nigerian artist Patoranking, took home the win for Best New Act at the MTV Africa Music Awards this past Saturday (Jul 18) in Durban, South Africa. As of one of the younger, bolder new voices of this generation, Patoranking is quickly rising to prominence in his homeland with his unique blend of dancehall and reggae music.

Patoranking is extremely honored for this recognition. “This win represents the power of hard work and shows that no matter your beginnings, you can choose how you impact the world. The world is ready for Africa, and I am happy to be a part of the introduction. Whayasay!”

His popular releases include his latest “My Woman, My Everything” ft. Wande Coal,
“Daniella Whine”(which hit #1 on Africa’s MTV Base top video countdown), “Girlie O” and “Girlie O Remix” featuring Tiwa Savage. He has also collaborated with popular Nigerian artists, including MI Abaga on “Enemies” and Seyi Shay on “Murda.”

Patoranking is the first African dancehall artist to partner with the world’s largest reggae company VP Records, who has been home to Jamaican dancehall superstars like Sean Paul, Beenie Man, Elephant Man, Lady Saw, Mavado, Busy Signal and many more. He is set to release his debut album through VP Records’ distribution arm VPAL Music later this year.

VP Records’ President Randy Chin states, “I was lucky enough to be at the awards ceremony to see Patoranking recognized as this year’s best new artist in Africa. It’s exciting for VP Records to take part in bringing his music to the rest of the world.”

The prestigious Best New Act award at the MAMAs follows 8 wins and 16 nominations in the last year alone for Patoranking. In 2014, he received some of Nigeria’s most sought-after awards – including Next Rated Act at the Headies Awards and Best New Act Of The Year at the City People Entertainment Awards.