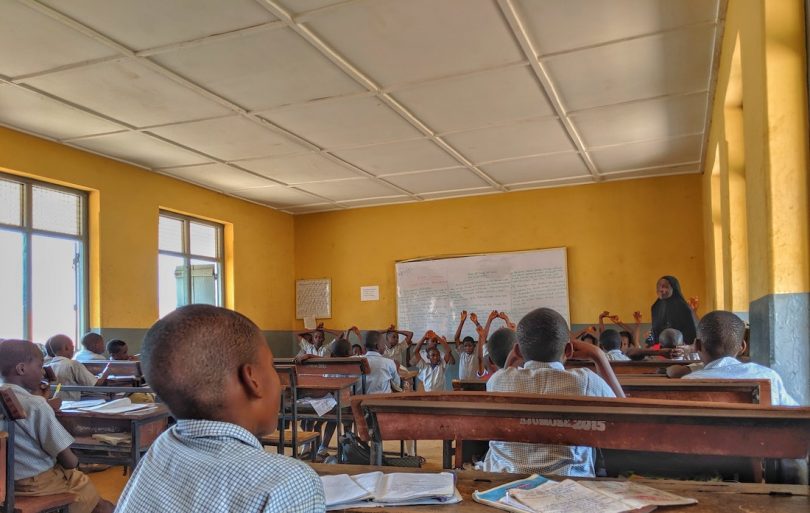 There is an education crisis in this country. The Gleaner recently reported that ‘over 40 percent of the students at grade four fail to master the critical components of literacy and numeracy.’ Surely this situation is not tenable; it must be rectified with the most ambitious overhaul of primary education that we can conceive, and unknowingly, the single biggest change we need is not so far-fetched- the utilization of Jamaican Creole in the classroom.

Two years ago I came across the website Jumieka.com, and I was elated to see Patwa written. I immediately understood the implications a standard writing system for Patwa could have if introduced in Jamaican schools. Our children would finally have the opportunity to learn the distinction between Jamaican Creole and English, and would likely improve their literacy in English- a theory long proposed by linguists and language educators, backed by research.

If shown a picture of a cat and asked to identify the animal, the response from a Jamaican child might be, ‘pus’. To this, a teacher is likely to respond, ‘no, NOT ‘pus’ but CAT,’ instead of the more apt, ‘Yes, but do you know the English word for this animal?’ The notion that all children are exposed to English in their homes is disingenuous and ruinous. The downright discriminatory practice disadvantages the poorest Jamaicans, trapping them unfairly in cycles of poverty. Educators must desist from assuming valueless the wealth of knowledge our children bring to the classroom in Jamaican Creole.

The most widely used argument against Patwa language education is that Patwa has no form, no grammar, and varies too greatly across the island. I am sympathetic to this misinformed analysis, because Jamaicans simply have not been taught to recognize and appreciate the complexity of Jamaican Creole grammar and syntax. Yes, new words are coined each year, but the structure of the language is not changing with the growing vocabulary. The words coined fit squarely into the syntax and grammar that is already well established. As for the linguistic variation argument, tense markers such as, ‘behn’, ‘wehn’, and ‘did’, or ‘a’ and ‘de’ may vary, but their placement in sentences is not indiscriminate.

We have some way to go before Jamaican Creole will stand on equal footing with English as Jamaica’s official language, but this will never happen, as it should, if current misinformation about the language is allowed to cloud good judgment on education policy. The United Nations describes literacy as a ‘human right, a tool of personal empowerment and a means for social and human development.’ There is no good reason why the Jamaican-speaking majority of this country shouldn’t be granted this right in its own language.

Photo by tobie on Unsplash