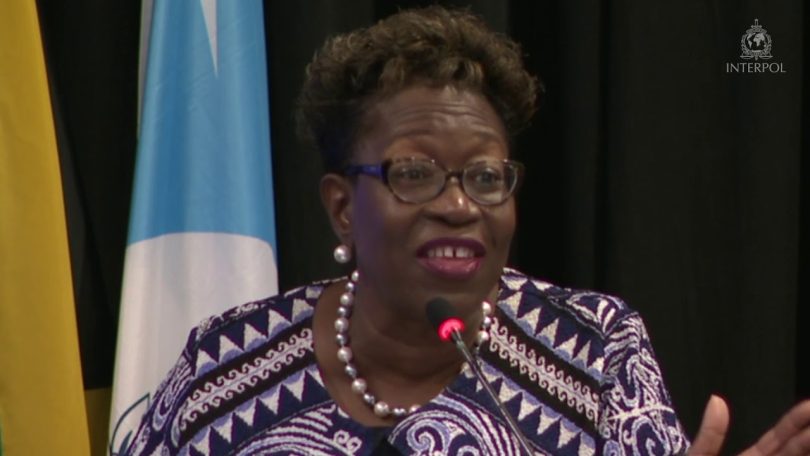 “I give my all. I give 100 percent to every case, irrespective of whether it is a cause celebre or mundane issues.”

From a painfully shy little girl to the chief public prosecutor of criminal offenses in the country, Her shyness made her a bookworm and this love for books worked out very well for her in the pursuit of her dream to become a lawyer.

She attended St. George’s School for Girls on Duke Street, and then it was on to St. Hugh’s High School For Girls. It was at high school that she discovered her love for language and her ability to persuade others. These are two powerful ingredients for a good lawyer. Paula and her sister were reared in a home where can’t was not an acceptable word and where service to others above self was the guiding principle of their lives.

Today the shy little girl who hid behind her ‘cat-woman glasses’ has made history. She is the first woman to be appointed to the post of Director of Public Prosecutions in Jamaica. The Office of the Director of Public Prosecutions is where all crimes and offences are prosecuted in the name of The People. All cases must be treated fairly and without any form of discrimination.

Paula Llewellyn is ever mindful of the responsibilities of her job and is grateful for the opportunities given to her to improve her skills in her courtroom encounters with outstanding lawyers, including a former Prime Minister of Jamaica.

A former Director of Public Prosecutions once described her as: “a most formidable opponent in the courtroom. She is fierce but fair and a very responsible counsel.”

STICK-TO-ITIVENESS: To have stick-to-itiveness is to pursue your dream, to refuse to be shifted from the path to your dream.

Who is a QC Or Queen’s Counsel? The Queen of the United Kingdom – England, Scotland, Wales and Northern Ireland – together with several other countries across the world, make up the British Commonwealth of Nations. Jamaica is one of these nations. QC’s are barristers or solicitor advocates, who have been recognised for excellence in their work. They must have practised law for at least ten years and, on recommendations, are appointed by the Queen. Had there been a King, they would have been called King’s Counsel or KC.