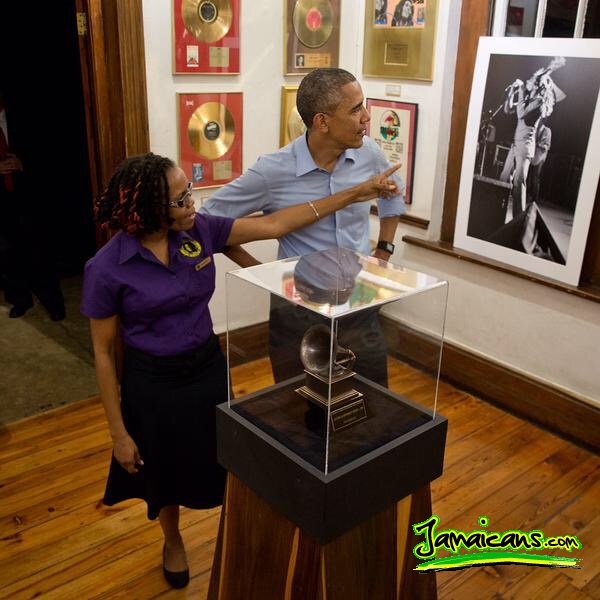 President Obama emerged from the plane with Congresswoman Yvette Clarke of New York and Energy Secretary Ernest Moniz. He waved as he descended the steps on Air Force One. After greeting a line of people ( list below) the POTUS left the airport in a chopper. President Barack Obama  arrived  at the Bob Marley Museum 8:48 p.m. After a quick tour he  left in the motorcade at 9:06 p.m.