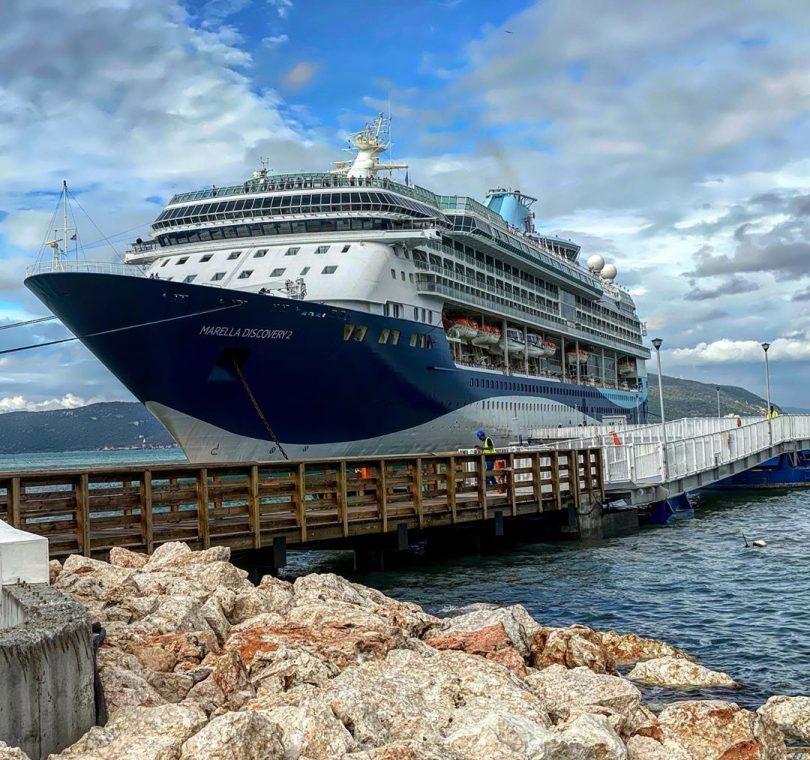 The town of Port Royal in Jamaica, a location steeped in history, marked another historic milestone when the Marella Discovery 2 cruise ship was the first such ship to make a call there. The Marella Discovery 2 was the lead vessel of the Vision Class of cruise ships that was originally operated by Royal Caribbean International. The ship docked in Port Royal at 8:09 am on January 20, 2020; its scheduled arrival time had been 7:30 am. According to Jamaica’s Minister of Tourism Edmund Bartlett, the ship carried approximately 2,000 passengers. Many Port Royal residents and visitors flocked to the pier, which has undergone recent renovations, with smartphones at the ready to memorialize the historic docking. Residents witnessing the event provided The Observer newspaper with their takes on the issue, with Anthony Brown, who has lived in Port Royal for more than 40 years finding the docking an “interesting moment,” and Marquesa Mais, another 40-year resident of the town, said she hoped that the arrival of cruise ships will be of benefit to Port Royal and that “it don’t create a disaster by bringing in thief and gunman and all those things. Over here is quiet. We sleep all on the road and everything so we hope this don’t change it.” Upon the arrival of the ship, over 24 coaster buses came to the port ready to take its passengers on scheduled tours of Kingston.

Port Royal was founded in 1518 by Spanish colonials and was at one time the biggest city in the Caribbean. It functioned as a center of shipping and commerce and was also home to privateers and pirates. In its heyday, it was known for its ostentatious displays of wealth and for its “loose morality.” The town suffered frequent hurricane damage, and in 1692, it was destroyed by an earthquake. Following the earthquake, Port Royal’s position as a commercial center was gradually taken over by the neighboring town of Kingston. In 1999, actions were taken to transform the small fishing village it had become into a heritage tourist site in hopes of attracting cruise ships and improving its economy.