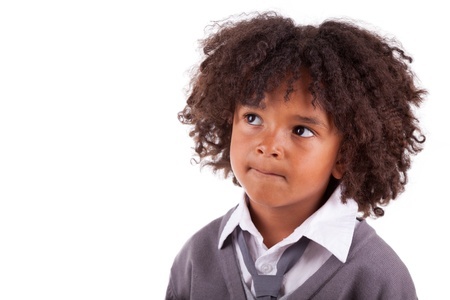 According to a story in the Jamaica Observer, Hopefield Preparatory School in St Andrew has refused entry to Zavier Assam, 3, because of the way his hair is groomed. Zavier was registered at the school, but his mother Dr. Penelope Amritt, reported that the vice-principal there decided not to admit her son for classes because she refused to cut his hair. The Observer contacted the school about the matter but received no comment. Dr. Amritt said that she submitted an application in June 2016 for her three children to attend Hopefield and included a photo of the three-year-old boy. She was then told by the vice-principal that Zavier could not come to school unless his hair was cut. After thinking about it over the summer, Dr. Amritt decided that she should not be forced into something she didn’t want to do and felt that the school was discriminating against Zavier because of his gender. She said that her five-year-old daughter Zina and her son Zavier have almost the exact, same hair length, which is just below their ears. According the Dr. Amritt, when the vice-principal saw Zavier she said that she wanted the boy’s hair cut because it was “untidy and dirty,” a description Dr. Amritt strongly denies. The vice-principle also said that Zina’s hair should be tied back. Dr. Amritt challenged the vice-principal about requiring boys to have short hair and was given a lecture about head lice in school. When she brought Zavier for orientation, she was confronted again about the length of his hair and said it was her right to choose how her child’s hair is groomed. Discussions between Dr. Amritt and the vice-principal have grown increasingly contentious, and ultimately, the vice-principal returned the check she had written to the school for her son’s entry and said she would not admit Zavier regardless of whether his hair is cut or not. Zavier must remain at Fundaciones, his old school, and his mother is unsure if she will pursue legal action on the basis of discrimination. Additionally, Dr. Amritt noted that Zina is having problems with the other children because of her “puffy hair” and that she no longer wants the afro style she has had her whole life because no one will play with her with her hair like that. Dr. Amritt believes the vice-principal is treating her children differently than the Caucasian children at the school. In response to those who wonder why she would want to send her children to a school with such attitudes, Dr. Amritt said “discrimination is wrong and someone has to stand up and talk about it.”