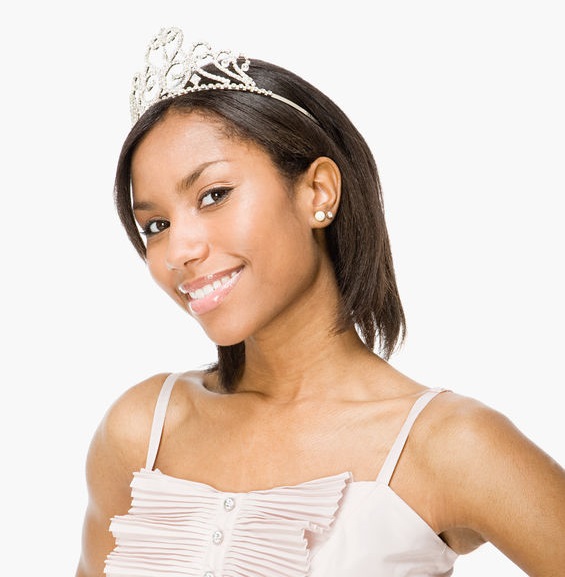 Punchinella never got along with her two stepsisters – Precious and Peaches
She had an Evil stepmother who was married to her first Uncle before she married her fada
Poor likkle Punchinella day and night on har knees scrubbing the floor wid di Geenie Floor polish.
Di step sista dem neva do no work aound di  house..all day long dem dress up an gone maggle pon street.

The Godmoda chants in a religious tongue and POOF! Punchinella was dawned in a batty rida shorts, a silver sequence bra top wid some silver pumps to match. Hair style was about 3 ft high with spurts of colored hair sprinkles. Outside was a shocking red Island Cruiser with gold plated rims an a spoila  wha  mek di car look like Air Jamaica a get ready fi tek off.
PUNCHINELLA:  Kiss mi toe tail!! – GodModa mi a go mad di matie dem tonite!!.. all mi outfit a tek life noh rahtid!!…but have mercy di shorts out fi cut off mi circulation..a mek it soh tite?
OLD LADY: Punchinella Hurry up an lef an tap ask question..yuh run up yuh blasted mout too much..Hurry up  so yuh can come back before Midnight cause di car naah go start if yuh if midnight ketch yuh a road. Caan sey mi neva warn yuh.

Punchinella kissed her the God mother and off she went ..VRRROOOMMMM!!!
She arrived at the dance and all eyes wandered in her direction.. Punchinella kept walking. Soon the music got louder as she approached the Stage. She could see her stepsisters drinking and smoking in the far corner with and looking on. They did not recognize her. As she got closer, she felt a stranger’s eyes watching her every move. She felt uncomfortable. The stranger approached her.
He looked her in the eyes and held her close and said the sweetest thing any man has ever said to her:

DREADY: “Greetings daughta, I and I is King Dready and an yuh a  di  Queen mi a look fah fi come live up ina I Kingdom.. soh whe di daughta a sey bout dat?”
PUNCHINELLA:  Me? Yuh waan me to be your Queen? Yuh own a Kingdom? Which Part?
DREADY: How yuh mean?? Mi res  up ina di hills a St.Ann….my Kingdom is as close to nature like I close to you  now.. Strictly naturality I deal wid .. no roof top, no tielet, no walls fi kip I an I in bondage ya’noh seeit
PUNCHINELLA:   Dready mi noh tink dat soun like any weh mi woulda waan live but anyway.. come wi jus dance wid wi one aneda an chat bout yuh Kingdom lata ..cool?
DREADY: YahMan dat cool… And so they danced all night to the dance hall tunes as the artist performed one by one. The stage show MC announced: “Well crowd a people is 12 midnight and di band a go tek an intermission yah now so hole tite ‘til di next segment zeen”
PUNCHINELLA:  Kiss mi rahtid.. is 12midnight .dready mi havi goh ..(laawd jesas di car naah go start yah now) …  She rushes out of the dance quickly with Dready in pursuit…
DREADY: Hole on dey princess a how yuh a rush fi leave di I lonely and destitute soh? Waait deh man .weh yuh a goh … **kiss teet** ..a how some ooman so flighty flighty sah?? (he wondered to himself)..kiss teet
… As she ran out of the dance, Punchinella’ s boot heel fell of on the pavement.

Punchinella ran as fast as she could with one good shoes until she got to the car. She turned the keys in the ignition and got no response from the engine…Lawd jesas is what kina crassis dis pan mi gal tonite (holding her head)…  Do caar..start fi mi ..beg yuh do.. She made another attempt, still nothing. She gave in after the third attempt. She decided to walk home ..Poor Punchinella walked for miles. Then she began to run until she was finally home just as her dancehall outfit turned back to rags. That evening as Dready left the show, he noticed the shiny silver boot heel Punchinella left behind. He was sure that was his Queen’s boot heel as he recognized it from earlier….”Yes faada!, Jah Bless!, is dah boot heel yah a go mek mi fine back mi Queen Jah Know!!”

He waked from house to house the next day trying to find the woman that have a silver pumps missing di boot heel. Soon he came across this big house and knocked on the front gate.
He called out : Anybody dey a yaad?? Hole di Daag!!!..Rasta noh trus no mongrel ya’noh seeit!
When he was let in, the stepsisters claimed they had worn pumps dat night an di heels were missing. But when Dready asked them to bring out the evidence, the shoes they brought were gold slippers and proved not to match the silver heel.
DREADY: Nobody else doan live on yah?

Off they went as King and Queen on Dready’s Honda 50 bike. The two was soon lost in the cloud of smoke trailing behind the bike. That was the last the community and her family saw of Punchinella