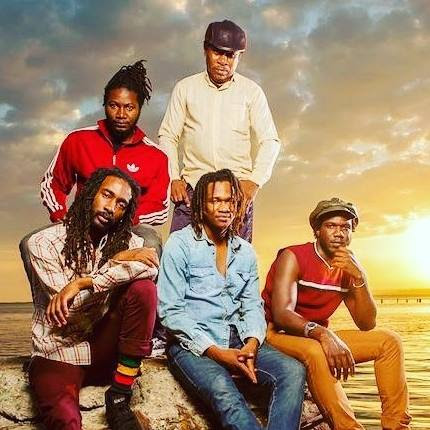 VP Records is pleased to announce that Raging Fyah has been nominated for their acclaimed album Everlasting in the Best Reggae Album category at the 59th Grammys®. The band continues to prove how their distinct roots reggae sound is making a major impact in the musical landscape.

In addition to this news, the band announces their 2017 World Tour with Tribal Seeds in the United States and UB40 in Europe. This Saturday (Dec 10), they will also perform at The Emerald Cup in Santa Cruz, CA along with Damian ‘Jr Gong’ Marley, Dirty Heads, Tribal Seeds and Stick Figure.

Everlasting, released in May 2016, follows their previous releases Judgement Day (2011) and Destiny (2014) and is their debut effort for VP Records.

The 59th Annual Grammys® will air live from the Staples Center in Los Angeles on Feb. 12th, 2017 at 8 p.m. ET. on CBS. Other nominees in the category include Sly & Robbie Presents…Reggae For Her by Devin Di Dakta & J.L., Rose Petals by J Boog, Ziggy Marley’s self-titled album, Falling Into Place by Rebelution and SOJA: Live In Virginia by SOJA.

This past month, the band has also received tremendous support from BBC network. The band was a featured guest on Robert Elms Show, David Rodigan and Toddla T. They are one of the five artists nominated for BBC’s Freshman Session 2017 and the only reggae act in the running. Other nominees are Nadia Rose, AJ Tracey, Afro B and Murder He Wrote. They also recorded a live acoustic set at the legendary BBC Maida Vale Sessions, which will run at a later date.