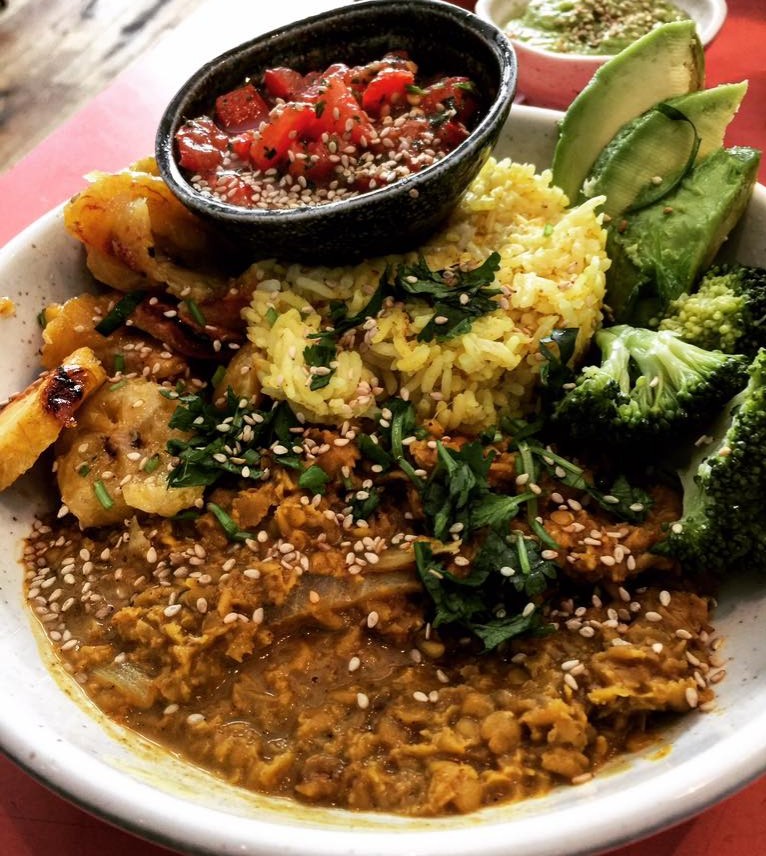 Coralie Jouhier, a food enthusiast and French-Martinican model, has opened a first-of-its-kind Afro-vegan restaurant in Paris, France, and been featured in Vogue. The eatery has become popular among young people who want to eat healthily and well. The restaurant, named Jah Jah by Le Tricycle, offers international cuisine inspired by Jouhier’s trip to locations including Jamaica and Japan. The major influences are Afro-Caribbean.

The restaurant has no set menu and does not focus on seasonal foods. Instead, the carte du jour is based on Jouhier’s mood. There are innovative takes on classic dishes, such as “vegan wings,” which feature breaded cauliflower, and raw rolls made with root vegetables wrapped in seaweed. There are also soy hot dogs served in organic brioche buns.

According to Jouhier, the most important thing is to introduce this type of food in a new and innovative way. “The fact that it’s vegan with an Afro touch also means that we attract a very diverse group of customers.”

Jouhier and her boyfriend Daqui Gomis started the business from a food cart on a bicycle, the original and actual “Tricycle.” They soon were in demand as caterers to private events, and their customers became increasingly interested in finding out more about the ital cuisine of Jamaica’s Rastafarian culture.

Jouhier finds the diversity of Paris the best part of living there and appreciates the “creative, passionate, speedy, and cool” nature of Parisians. She has created a video for Vogue that she hopes will show this atmosphere.